During the period 1925–1975, Danish society underwent significant changes. As a result, the architects were called upon to help shape the daily lives of the citizens in modern Denmark. The role of women was also changing, following the 1915 constitutional amendment that gave women the right to vote. In the following years, the first generations of women completed their educations within the design disciplines. During 1925-1975, women had an important, if other overlooked impact, shaping the everyday environment by designing and reimagining kitchens, public buildings, housing, landscapes, and urban areas, among other things.

The Women in Danish Architecture project aims to offer a more complete understanding of Danish architecture history and to present it in a more engaging and inclusive way. The aim is to contribute to an understanding of architectural history as not created by great individuals but through mutual and creative collaborations. The project is anchored in the Section for Landscape Architecture and Planning at the Department of Geosciences and Natural Resource Management, University of Copenhagen. 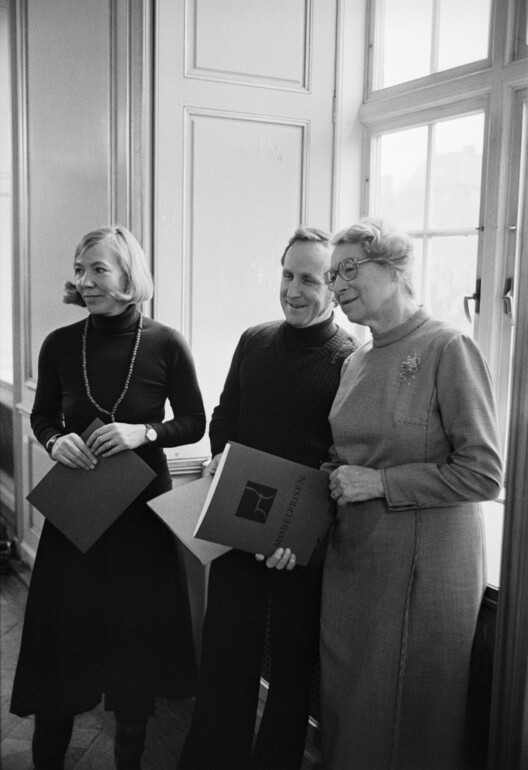 Read on to discover the stories of four women who influenced the course of Danish architecture.

International Women’s Day 2022: On Rebalancing Forces and Adjusting the Narratives

Architect and urban planner Anne Marie Rubin was the first architect in Denmark to run a studio focusing on urban planning. During the mid-1950s and 1960s, the rise of prosperity in Denmark enabled many Danes to build holiday homes along the coastlines, leading to a hasty and headless expansion of holiday home areas. Rubin criticized these developments and became a coastal zone advocate. While not opposing the idea of ​​second homes, she saw this unplanned expansion of the built environment as being detrimental to the natural habitat of the coastlines. The transformation of the coastline into privately owned estates also limited the general access to this natural resource. By becoming a vocal advocate, Rubin played a central role in emphasizing the importance of long-term planning to protect Danish nature. Rubin also had a flourishing academic career as a professor of urban planning at Aalborg University, where she became the first woman in Danish architecture to be appointed as a professor.

In the postwar decades, the Copenhagen metropolitan area grew significantly. This led to a desire for a new modern sports facility to allow the residents to live an active recreational life. It resulted in the Kildeskovshallen Public Bath and Sports Center, built in 1969 and designed by the architect couple Karen and Ebbe Clemmensen, with landscape architect Agnete Muusfeldt. While not very well known, this facility has often been described as one of the most beautiful swimming pool facilities in Denmark. The building was developed as a collaboration across genders and design disciplines, a collaboration that gave shape to an elegant, lightweight structure that blurs the lines between the inside and the lush vegetation on the outside of the building. The building is also representative of the postwar years in Denmark when the rising levels of prosperity and increase in leisure time led to the ambition to invest in public facilities.

In 1934 Ragna Grubb became the first woman in Denmark to win an architecture competition. Behind this achievement, however, is the work of numerous women who together had succeeded in raising money and making the Women’s House in central Copenhagen a reality. Author and social commentator Emma Gad come up with the idea to use the profits from the 1895 Copenhagen Women’s Exhibition to build a place for and by women. In the following years, a number of initiatives were launched to raise money and in 1934 an architecture competition was held. The winner of the competition was the young architect Ragna Grubb. With a simple design inspired by international modernism, the Women’s House was inaugurated in 1937 and it accommodates lectures and banquet halls, a women’s hotel, and several meeting rooms and offices for various women’s associations.

Hanne Kjærholm was one of the architects who broke the glass ceiling for women in architecture. She established her own architecture studio in 1959, at a time when women owning studios were still a rarity, though the earliest examples date from the 1920s. While combining modern designs with traditional craftsmanship, Kjærholm also made her mark in her role as a teacher at the Royal Danish Academy, School of Architecture, where she was employed as one of the few women faculty members in 1958. Kjærholm was aware of the responsibility she bore both as a role model and as someone who strived to pave the way for other women in the field in every possible way. Throughout her career, she also understood the importance of women as role models, as she herself was inspired by architects such as Anne Marie Rubin. Today, women have overtaken men when it comes to higher education, yet gender distribution is still a hot topic in Danish architecture schools and throughout the industry.

This article is part of the ArchDaily Topics: Women in Architecture presented by Sky-Frame.