Will the Metaverse Be the End of Engineering?

Imagine the daily life of an architect today. There is a demand for a new project, a blank canvas full of countless possibilities. The creative delight is about to be started. The main constraints are established: brief, analysis of the terrain and surroundings, solar orientation and prevailing winds. The first sketches are created, always combined with structural knowledge, even if basic, fundamentally determining for those who live in the gravitational acceleration of 9.807 m/s².

But what if only the brief remains among these basic premises? 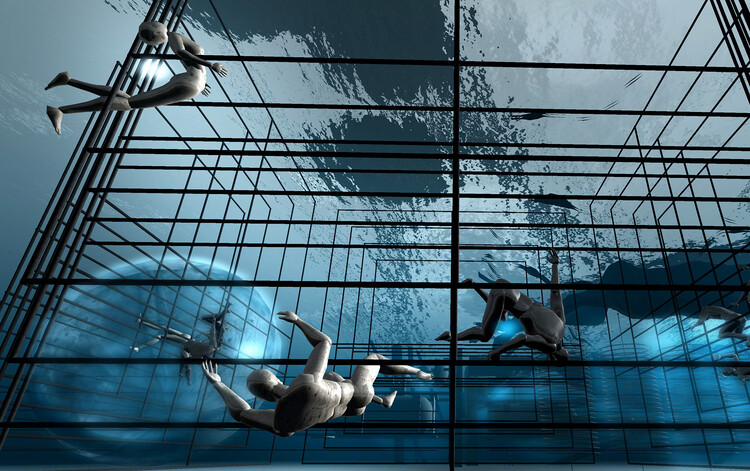 Those who are venturing into the architecture of the metaverse, of course, have already asked themselves this question. A playful environment where all formal dreams are possible, where determining aspects for architecture such as solar orientation, ventilation, climate will no longer be necessary, where – to Louis Kahn’s despair – there is no longer a dynamic of light and shadow, just an open and infinite field.

Architecture emerged on the construction site, at a time when there was no drawing, only experimentation. Over time, thanks to Brunelleschi and the Florence dome in the 15th century, we will witness a first detachment from the masonry, a social division of labor from which liberal art and mechanical art emerge. This detachment generated different challenges and placed architecture on a oneiric plane, tied to paper. In other words, we don’t build any structures, we design them. Now, six centuries later, it looks like we are getting ready to take another step away from the construction site, abruptly distancing ourselves from engineering and construction.

Designing in the metaverse requires a deep revision of the design method because, if the shape followed the function in the modernist era, it will follow what we want in the metaverse era. If before we were concerned with creating shelters and supports for everyday activities, in the metaverse we will focus on purely visual and sound formal experiences. For example, it will no longer be necessary to create changing rooms, bathrooms or beds; Instead, we will pay attention to the sounds the doors make when they open. When there are no regulations, engineering or even gravity, anything becomes possible.

Using journalist Stacy Suaya’s metaphor, in the metaverse each of us will be able to build our own Dubai. Just as the Arab city transformed the desert with unimaginable structures, the metaverse emerges to break the limits of architecture in a much faster and more practical way, eliminating cranes and years of calculation and construction. In this process, engineering would apparently no longer be useful, detaching architecture from its constructive need. The idea that a successful architect must have a certain structural knowledge, forging precise alliances with good engineers, falls apart.

In this sense, taking into account the abrupt separation that would occur between architecture and its structural concern, would there still be room in the metaverse for engineering?

Although the negative answer seems obvious, it is still too early for any statement to be made about it. However, what can be seen is that large engineering companies are focusing on the idea of ​​“digital twins” and the “reverse metaverse” as niches to be explored in this new phase. Arup, for example, an engineering company that is a partner of renowned firms such as Zaha Hadid Architects, has developed some studies on the subject. Always at the forefront of technological innovations since the 1960s, when it used computer graphics to model the Sydney Opera House’s acoustic shells, the company is now focused on transforming real structures into virtual ones and vice versa.

In the scope of “digital twins”, engineering enters as a partner to map and understand the physical space (small or large scale, such as a city), diagnose possible problems and bring solutions, even before the environment is built. It would be like an evolution of the study models that we were already making in Gaudí’s time, now encompassing more complex situations and more real visualizations. The “reverse metaverse”, in turn, represents the movement that has occurred in the opposite direction, in which digitally designed structures are recreated in the physical world. Meta Residence, for example, is a mansion created by Voxel Architects in partnership with ONE Sotheby’s, meta-built in sandbox and that will be built in Miami.

But still, even in the dream realm of the metaverse, in situations where architecture is designed exclusively for the digital world, without any concern or physical connection, it seems difficult to transform the Vitruvian triad into a duo, breaking away from centuries of programmatic methodologies .

It might even be that we will not need meetings and discussions with the engineering team, but even so, it is possible that an appetite for traditional architecture remains, with elements and objects that are familiar and connect us with certain actions or appropriations. After all, it’s been centuries feeding archetypes of architecture. Also, easily recognizable elements, which are already part of our vocabulary, will be important to serve as guides, such as “meet me at the yellow sofa”, for example.

The gravitational issue itself will also not be completely abandoned suddenly. According to Sevince Bayrak, considering gravity is important for us to connect to virtual spaces. “Even in our dreams, gravity is one of the most substantial feelings. People who are afraid of heights cannot walk on a walkway and jump off a 50-story high building in a virtual environment where users experience a real sensation of falling.”

Taking into account choices like considering risk or not, symbolically sticking to familiar structures or creating completely fantasy worlds, designing in the metaverse is a challenge being launched. A situation where the lack of limits can be limiting and even frightening because, as the architect and co-founder of the Tomorrow’s Thoughts Today initiative, Liam Young, has stated, the metaverse will have equal amounts of fear and wonder. From all this, it can be said that in the uncertain future of technology, how our professions will behave is the subject of much speculation. However, regardless of the discipline, one thing is for sure, they will all need to adapt and reinvent themselves to keep up with the new habits and innovations to come.