What Role Should Architectural Prototypes Play in the Global South?

It’s an essential component of the design process, where spatial ideas are translated into built form – the design of the prototype. Architectural projects, throughout history and in contemporary practice, have been prototyped to carry out both technical and aesthetic tests, where further insight is gained into the integrity of the design. It’s the blurred line between the experimental and the practical. 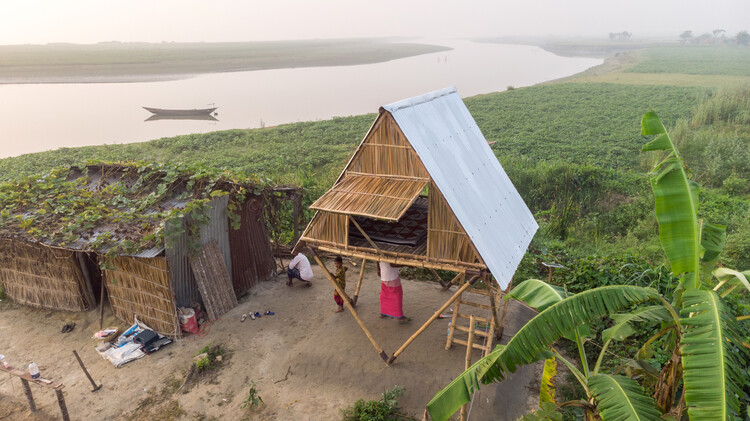 Antoni Gaudí’s 1:25 and 1:10 scale plaster models of Sagrada Família can be defined as architectural prototypes, and so can the wooden model of Filippo Brunelleschi’s Florence Cathedral dome. But these are investigations conducted on a smaller scale. It can be argued that architectural prototypes are most effective when built out 1:1, from which further architectural interventions based on the prototype have the security of a design attempt that is not a scaled-down version of the finished product.

But the making of these prototypes is a protracted endeavor – necessitating the complex maneuvering of resources, labor, and capital – for a structure that aims to simply lay the foundations for how similar designs should be approached in the future.

Why Bamboo is the Future of Asian Construction

When scrutinized from the perspective of the Global South, this dialogue is complicated further – in countries that have been historically over-exploited and are currently under-resourced, are full-scale architectural prototypes wasteful if they don’t immediately function as a working building ? Is it right for these prototypes to simply exist as say, explorations of new materials without serving as a structure that will be in constant use from its inception?

In colonial Africa, architectural experimentation was commonplace, from Fry and Drew in West Africa to Guido Ferrazza in Libya. This experimentation included that of French industrial designer and architect Jean Prouvé, who in 1949 developed Maison Tropicales – prefabricated, modular housing prototypes constructed out of aluminum designed to be easily transported, assembled, and disassembled.

The design problem that the Maison Tropicales had to solve was climatic – as France’s African colonies faced a shortage of housing and civic buildings. The prototype was designed for the equatorial climate, including a veranda with an adjustable aluminum sun-screen. Internally, walls were made of a combination of sliding and fixed metal panels – as glass portholes provided protection against UV rays.

But despite this resourceful, ingenious response to the tropical climate, the Maison Tropicale as a prototype failed. It was no less expensive than locally constructed buildings, and the French colonial bureaucrats did not warm to the industrial appearance of the house. The prototype, ultimately, was a colonial project built for French administrators. A prototype built for the colonial class that proved unpopular with them, and that instead of being widely adopted, was resigned to be a traveling object, making frequent appearances in design exhibitions. This prototype of the African Tropics became a design object that to most, was known outside of its intended context.

But contemporary practice in the Global South has offered up more substantial prototypes, where investigations into materials are coupled with substantial usage. Senegalese firm Worofila’s Ecopavillon in Diamniadio, constructed in 2019, is one such example. Commissioned by the Ministry of the Environment of Senegal, it is built with earth and typha – a type of water reed found in the Senegal River. Woven typha panels provide sound insulation, and when mixed with adobe bricks, provide thermal insulation.

As the prototype is part of the Senegalese government’s initiative to build a new city to ease congestion in Dakar, its usage is still in its early stages. The intention, though, is clear. The Ecopavillon will allow the monitoring of how the building’s materials behave, and performance can be assessed. the behavior of materials and to measure the performance of buildings. Furthermore, it can act as a training venue for craftspeople, where local knowledge of energy-efficient materials can be further developed.

The most tangible example of a living prototype in the Global South, however, is arguably found in Bangladesh, in Marina Tabassum Architects’ Khudi Bari. It is a modular mobile housing unit, with an area of ​​128 square feet. Its light footprint and elevated form mimic the architectural vernacular of the Bengal delta, but more pressingly, it responds to climate change.

In an area with high instances of flash flooding, the raised second level acts as shelter for occupants as they await the receding of the water. In the Chars of Bangladesh – low-lying islands naturally formed by silt from rivers – the spaceframe structure is a crucial response, low cost, durable, and easily assembled and disassembled with minimum labor.

The true success of the Khudi Bari project can only be measured by what happens after the housing modules are built. A pilot project initiated by a non-profit organization affiliated with Marina Tabassum Architects in conjunction with private and governmental donors aims to establish at least 80 to 100 “Khudi Bari” modules in the flood-prone communities of Bangladesh by May 2023.

More crucially, March 2021 saw the first three homes built in collaboration with families, with some adapting their modules, with the vision for the future being that people involved in this pilot project will then become part of the training collective as the modules are initiated in other areas.

Perhaps this is how architectural prototypes built in the Global South should function – as bold, inventive assemblages, that are not only for observation and display, but instead examples of architecture that is dynamic, in use, and living.