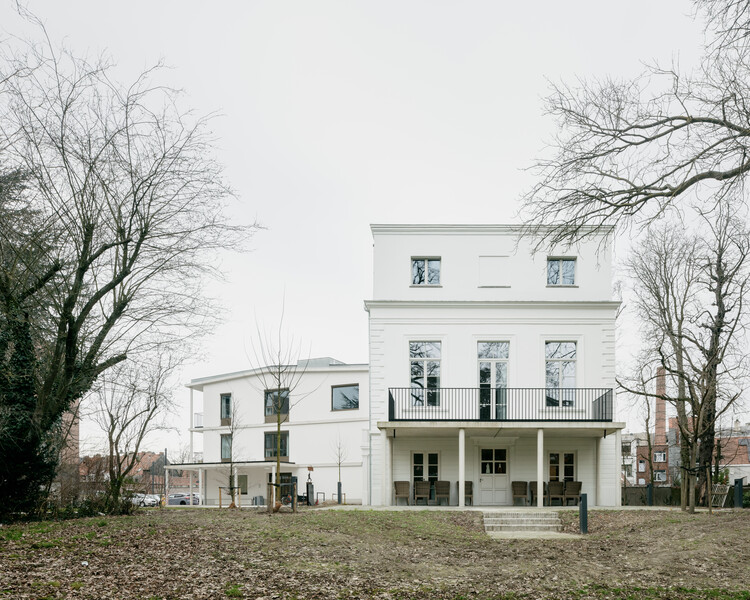 Designing for dementia. As dementia affects an increasing proportion of the global population, it is necessary for architecture and spatial design to address the issues it raises in order to provide a comfortable environment for those living with it.

The single most significant challenge facing people living with dementia is the disorientation in time, space, and identity caused by memory loss. One way to counter or mitigate this loss of connection is to reinforce existing relationships with objects, routines, and spaces. Creating ‘small worlds’, organized in a personal way makes it easier to negotiate space, and establishing a recognizable personal setting that is fundamental in helping people cope: these small worlds are ‘narrow’ enough to provide a safe, calming space that is personally meaningful and reflects individual identity. In this respect, the notion of ‘home’ becomes a point of reference and offers a protected place from which to venture out into the outside world.

Pilootproject Zorg (Pilot Projects for Invisible Care.) The Flemish Government Architect (Vlaams Bouwmeester) and the Flemish Minister for Welfare launched a call to care providers in 2012 for the construction of innovative healthcare infrastructure. Five interdisciplinary design teams were selected through competition to design the care models of the future, which started being implemented in 2014. The team of Studio Jan Vermeulen, Tom Thys Architecten en Sergison Bates Architects was appointed to the project for Vzw De Korenbloem in Kortrijk.

Demographic forecasts show that the population of Flanders will grow by 1.2 million by 2050 and that 800,000 of these additional citizens will be aged 65 and over. This means that the proportion of over 65s in the overall population will be 28%, compared to 18% today. The task is therefore to build 300,000 extra dwellings focusing specifically on the needs of older people. De Korenbloem care campus is one of these pilot projects that explore new models of collective living for those who need care, strategies for supporting them so they can live independently for as long as possible, and ways of integrating these new collectives within existing neighborhoods.

The master plan, developed together with the team, organized ninety new residential units and additional welfare and existing neighborhood services within two enensembles of new and buildings set in the beautiful park-like landscape. The facilities address the specific needs of young people with early-onset dementia, people with stroke-related disabilities, and somatic symptom disorders. Day-care facilities are provided in the two existing historic villas on the site and linked with new residential buildings addressing both the street and the park. Studio Jan Vermeulen, in collaboration with Tom Thys Architecten, developed the ensemble around the Villa Landhuis in the park, while Sergison Bates Architects designed the project around Villa Portiek near the church.

Small-scaled living. Based on the ambition of De Korenbloem to create a care network that enforces the relationship with the local neighborhood, a master plan was developed to transform the existing disintegrated buildings into clusters with their own identity. A vital method to ease the progress of dementia is to reinforce their relationship with objects, routines, and their surroundings, a process that can be achieved by reducing their current environment into ‘smaller worlds’. Therefore, the project combines the smaller scale and intimacy of living with the efficiency that is vital within the daily operation of care infrastructure. Altogether, the ensemble of buildings creates a network of small-scale living areas, allowing its residents to move freely within a controlled and protective environment.

Villa Landhuis. Standing on a slightly elevated position in the middle of the park, Villa Landhuis, designed by Bruneel de Montpelier in 1860 in neo-classical empire style, takes a central role in the master plan and the new project. Throughout its life, the villa has been topped up, extended, adapted, and stripped numerous times. Within the scarred villa the team rediscovered generous rooms that were once the background of aristocratic family life. In line with Palladian thinking, relations between rooms were reinforced along the two main axes of the villa and opened towards the surrounding landscape and gardens. The main circulation was reorganized, and small infrastructural elements were added to adapt the villa to the needs of a daycare center. The organization of interconnected rooms of various sizes and atmospheres, like a constellation of ‘small worlds’, now provides a compact but generous domestic setting for its vulnerable residents.

New building. The new three-story building consists of four stepped volumes, similar in scale to the villa, that mediate between the street, the villa, and the park. The project frames a new route between the street and the park and in doing so opens the heart of the care campus to the neighborhood. Its stepped configuration creates smaller social spaces of different characters around the perimeter of the building. The buildings’ proximity to the existing villa with its classical vertical order inspired the design of the façade, which borrows elements from classical ‘garden structures’ such as balconies, pergolas, canopies, and garden rooms to create a new intermediate scale between the privacy of the residence and the urban landscape. Concrete horizontal stringcourses vary in depth around the perimeter of the building to create canopies above entrances and terraces for the residents. Slender concrete columns, acid edged to reveal the white aggregate and black sand in a terrazzo-like effect, create a rhythmic façade along the new route to the park. Over time specifically chosen plants will find their way up the structure to create a luscious green frame. Echoing the crafted and articulated plaster details of the villa, windows in the new building are framed and walls are finished in stucco with a fine vertical motive to give it depth.