When the winners of the prestigious Aga Khan Award for Architecture were announced every three years, the architecture celebrated is arguably the best, most important work found around the world. While the 2022 cycle announcements are expected in the next few weeks, looking back at the 2019 laureates proves to be a fruitful review. 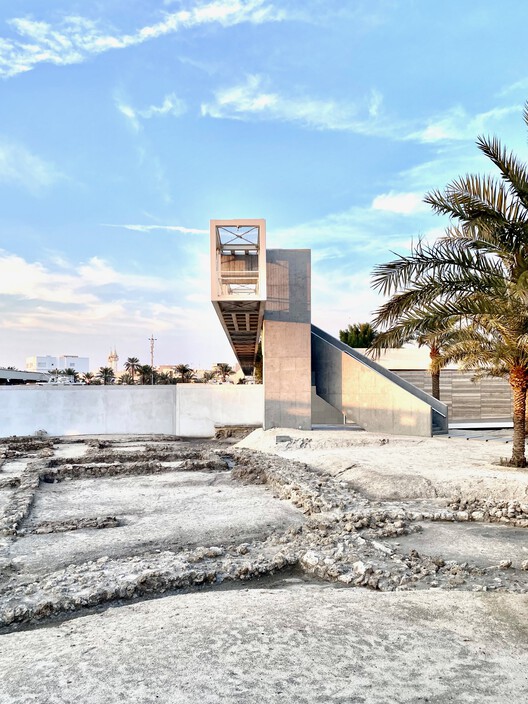 Revitalization of Muharraq, The Pearling Path

Beginning in Muharraq, Bahrain, architectural works defined by excellence are strung together by wayfinding lamps and pocket parks creating the Pearling Path through the old city. The story of the project is well documented: decaying priceless history on the verge of miraculously demolition saved by vision and careful persistence. Clean contemporary architecture interventions jostle playfully with careful, impeccable historic preservation works that celebrate a pearling culture at the heart of Bahraini heritage. What’s missing from the story, and surprising to see with a visit, is a sense of the sheer scale of both completed and continued work.

The work is far from over. While the scale essentially spans an entire city, the distinction between public and private efforts is beginning to blur signaling the best of successful urban design interventions. Indeed, it is difficult to separate the pocket parks from the taste of a crispy samosa off the street or the faithful echoes of myriad calls to prayer clamoring through the alleys. Alleys that would be entirely unwelcoming, except for well-placed lampposts: the simple genius of vast architectural effort.

Heading south to Sharjah, the Wasit Wetland Center is a champion of ecological, the wetland’s heightened by the beauty skyline of Dubai’s mega glass towers. The wetland used to be a trash dump and has now become a destination haven for birds and locals alike. The architecture designed by X-Architects gently disappears descending below grade, in the main gallery, the youngest of visitors find themselves at eye level with fantastical birds. Tent-like aviaries are full of vulnerable or threaten birds thriving within the delicate protection of captivity. The program’s success is surprisingly amplified by wild birds of the same feather shelter taking in the foliage surrounding the aviaries, likely drawn by the songs of their captive friends.

The architecture is difficult to pay attention to, the natural environment takes center stage as it should. Early exterior photos of the project are no longer recognizable as the trees and plants have taken root creating a magical paradise full of birds in the desert. A herd of Arabian Sand Gazelle, of which only 3,000 are thought to be surviving in the wild, now calls Wasit home as well. While irrigation assists with establishing plants the main source of water is entirely natural. Water travels under the desert nearly 100km from the Hajar Mountains near Oman before bubbling up through the ground in the Wasit Wetland and flowing to the Persian Gulf.

Part of a larger plan to decentralize higher education from stressful congestion found in the capital of Dakar, the extension of the Alioune Diop University in Bambey nurtures a student body in a rural context with the state expected of higher education institutions. The imposing steel building is a surprise in the context of a harsh agrarian landscape.

Architect Javier Perez Uribari from IDOM Spain explains the design process approached the building as a machine, specifically: a massive passive air conditioner. An outer facade featuring handmade triangular breeze blocks coupled with a double roof creates a chimney effect. The inner living spaces are fully protected from direct sunlight and the resulting temperatures are quite comfortable. Additionally, a major part of the work was a water collection and sewage treatment system supporting an unusually diverse landscape. The building is practically designed to live off-grid.

The success of the project can be seen in the lives of the students. Whereas Dakar is an intense world far removed, the way of life found in Bambey and surrounding areas flourishes. Students pause for prayers, eat together and live a life full of intangibles that are difficult to describe and beautiful to behold.

The terraced gardens crisscrossing the Palestinian Museum landscape are a tour de force. Featuring plants from all across Palestine, their presence at the museum highlights a Palestinian identity rooted in the earth. Visitors, especially food-loving Palestinians, are delighted to find many of the plants which eventually find their way into the kitchen. Imagine you love hummus, do you know what chickpea plants look like? Suddenly you find yourself surrounded by a garden and the aroma of plants that provide for your favorite dish. The enthusiasm is contagious. The terraces are key to understanding the museum. Built across the levant, possibly predating biblical narratives in Palestine, the terrace typology climbs the hill and wraps abstractly through the building generating a distinctive, defining form.

Views from the building are sited to face the Mediterranean Sea some 40km away as a reminder of Palestinian seafaring heritage. Although the sea is forcibly inaccessible, on a perfect day at sunset the light reflecting from the sea can be seen as the faintest of thin slivers. Wrapped in a limestone facade with a one-meter gap to mitigate heat radiation, the museum is the first LEED project in Palestine and achieved a Gold standard. Architect Roisin Henegan explained a concerted was made to design a building that would not be a burden to maintain. While performance metrics are still being run, the early returns are a building that is nearly entirely self-sustaining. The heaviest load on the museum is the responsibility of representing both Palestine’s past and future.

A visit to Russia proves to be unrealistic at the moment and lives only as a dream. While the state of international affairs is tragic and distressing, it’s worth pointing out that the projects in Tatarstan deserve to be celebrated despite charged politics, perhaps even more so considering the nature of the community design process responsible for the project’s success. While the discussion of architecture within geopolitical conflict is a world unto itself, the lack of access draws attention to East-West tensions through which the award was founded in 1977. Educated at Harvard, his Highness the Aga Khan was aware of architecture discourse as a Western-centric exercise ignoring the excellence and value of contemporary work found in the Islamic world. The award has been a resounding success reshaping our discourse with impressive participation from the greatest designers of our time. Many of these voices were first heard internationally thanks to their recognition by the Aga Khan Award for Architecture.

Sadly the original Arcadia Education Project structure has been lost. The school was designed to float during monsoon season and rest on the ground at an approachable scale after the waters receded. Architect Saif Ul Haque explained, that the school was first closed due to the pandemic, as were so many, then the maintenance team fell tragically ill and the building was left to fend for itself during the lockdown. Despite surviving several years of monsoons the pandemic was an added stress and with no caretaker, floods along the Daleshwari river destroyed the school. Indicative of the project’s success, plans are underway to reconstruct essentially the same building with some small monsoon-resistant improvements for the second iteration. While it would seem to be a failure for the elegant, valuable bamboo classrooms to succumb to flood waters, there is admirable poetry to construction that can serve its purpose so nobly, then disappear overnight.

The diversity and range of work celebrated by the 2019 Aga Khan Award for Architecture were selected in an effort to send a message and centered around the idea of ​​dialogue in architecture. Discussions with each of the architects across the world revealed a certain generosity: a willingness to drop everything and talk, and an enviable capacity to care for people. Interestingly, the 2020 pandemic brought an entirely unexpected voice and perspective to the works. Visiting the projects from afar proved impossible until this year and perhaps has limited the discussion of each of the projects deserves.