Built environments are a reflection of the social order and dynamic ideals of society. Neighborhoods and cities are cultural relics shaped by diverse communities, some of whose voices are heard louder than others. In the past few decades, Indian metropolitans have been booming with urbanization. Holding cities back from being Utopian hubs of growth is spatial inequality. The residential segregation that patterns the cities of India can be understood through the caste system. The issue, however, is largely intersectional. Forces rooted in class, religion, and gender also structure the country’s social landscape. 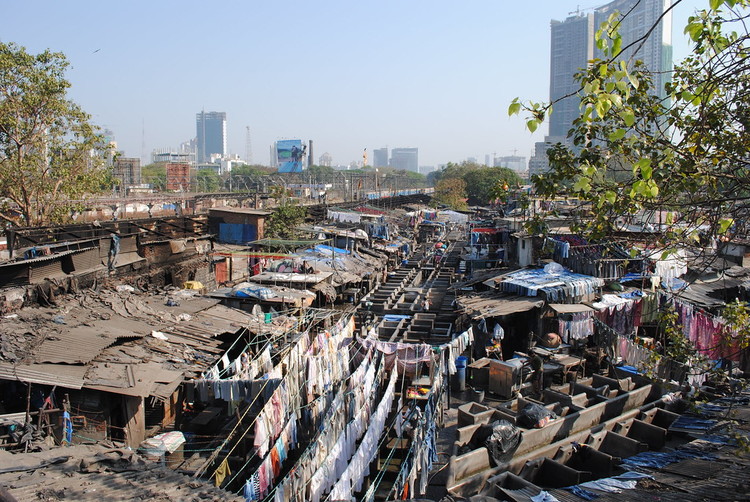 In India, caste is a system of social hierarchy based on hereditary occupation. Early society was fragmented into broad categories – the Brahmins (priests), Kshatriyas (warriors), Vaishyas (merchants), and the Shudras (laborers). At the base of the hierarchy are the Dalits – a group traditionally deemed “untouchable” due to their “unclean” works such as handling leather, cleaning toilets, or disposing of corpses. Shudras and Dalits were labeled “lower castes” while the rest were called “upper castes” based on religion and ideas of purity and pollution.

Caste has influenced a near-perfect segregation of residential spaces in rural India. Settlements mirror the hierarchical ordering of caste groups in society. Historically, so-called upper and lower castes were spread out for reasons like occupational proximity, kinship ties, and religious beliefs. The priests resided in localities usually around a central temple. Other “upper” castes lived in proximity to the village core. Artisan and laborer castes surrounded them in smaller houses, and “untouchable” Dalits were consigned to the margins of the village. Dalits were the furthest from the temple and religious activities. This social stratification eventually led to discriminatory practices and unequal access to public infrastructure.

A unique feature of rural Indian residences is the location of the toilet, constructed separate from the house and farthest away from it. Toilets were relegated to the lowest bar of a ‘spatial caste system’ for being “polluted”. “Untouchable” sanitation workers would have separate access to clean and empty the toilets. These groups were also denied entry into “upper caste” homes. “Such ‘social permits’ into spaces like temples or toilets are the root of caste tyranny”, Dr. Raees Muhammed, founder, and researcher at Dalit Camera. “Not only people but spaces are demarcated as pure or polluted”, he mentions in conversation with ArchDaily.

B. R. Ambedkar- a Dalit social reformer and the author of India’s Constitution-believed that the migration of marginalized castes to urban areas would help them escape discrimination and even caste identity. Today’s cities have moderately lived up to this expectation. Studies show that even the largest metropolitans exhibit high degrees of caste-based residential segregation. Regardless of the city’s size, the extent of division remains the same.

Against the backdrop of urbanization, castes are split between elite enclaves and slums. In one state, a housing society was built exclusively for Brahmins. Other states harbor poorly-maintained Dalit ghettos. Residential segregation crosses spatial scales. Apart from the city level, neighborhoods display intense sub-grouping. The division further exists within “lower” caste localities, in the hierarchical order of “polluting” occupations.

Some casteist practices have tricked their way into cities. Separate access, elevators, and toilets for Dalits remain a norm in residential areas. Live-in domestic workers are usually housed in “servants’ quarters” within bungalow compounds. Visiting workers stay in nearby slums or ghettos. In the 1990s, the urban context used in the ‘apartmentization’ phenomenon. Now, domestic workers get a tiny bedroom and toilet or a bed to unroll in a corner. Wherever possible, separate entryways are usually maintained.

Urbanization has removed some aspects of discrimination, but the institution of caste is still alive in urban India. The reasons for the persistence of caste-based segregation are complex. “Caste is a lens through which one can view residential segregation, and there are many lenses”, Vidyasagar Sharma, a researcher on belonging and spatial identity in the country.

Since stratification in villages is linked to occupation, it was theorized that job opportunities and anonymity offered by would erase prejudice. An individual’s surname, locality, and occupation are invisible markers of their social identity. Ideally, urban migrants should be able to drop their “caste baggage” at the doors of cities. With caste being such a rigid and systemic structure, this proves difficult. Economic disparity and property relations are some caste-influenced issues that perpetuate urban segregation. Marginalized groups also face discrimination in the rental market.

“Caste does not have any meaning without discriminatory space”, Dr. Muhammed states. During his travels abroad, the felt felt welcomed, included, and caste-free. Socially, he did not need to carry the weight of his identity. Accessibility and fair use of public space play a big part in fostering belonging amongst the marginalized. The experience of spatial identity permeates every aspect of life and must play an inexorable role in the co-creation of urban space.

Democratizing a city is a difficult task, one that faces all nations across the world. Inelastic social structures will continue to cast their shadows on the urban realm. These systems must melt before any policies of change can mold the built environment. The city only manifests as the collective mind of its people.