The Voice of Women in Chinese Architecture

Women’s studies officially began in China in the early 1980s. Women awake and started to take bigger roles in society as it grew. Women had been working as architects for a century, but Lin Huiyin was not recognized as the country’s first female architect until the 1920s due to the profession’s tardy development in China. But nowadays, more and more female architects are filling crucial positions. 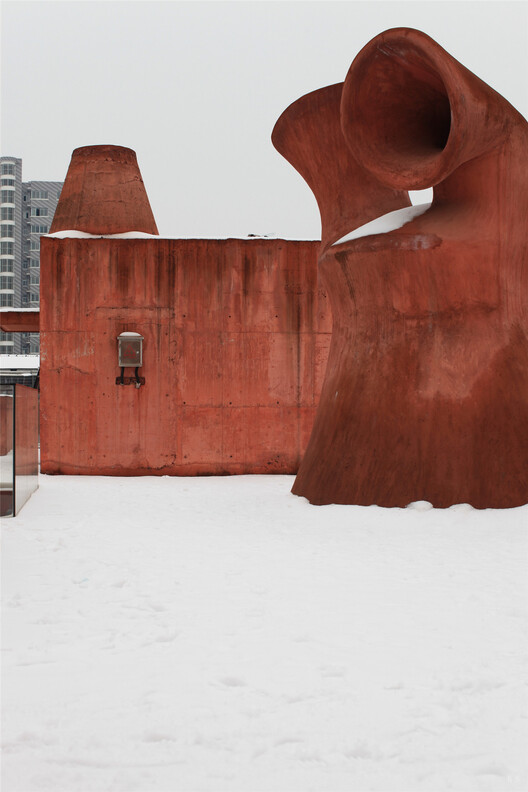 The voice of women in architecture encompasses a sense of consciousness within traditionally male-dominated design rather than being restricted to female-dominated design. The architecture incorporates an ethical theory founded on feminist research that stresses human emotions, relationships, and reciprocal care by presenting the various facets of thought brought about by gender disparities from a female position and reflecting the aesthetic sensibility of women. Many Chinese women architects have raised their own voices throughout history and the present.

In a long-standing patriarchal society, the rise of female architects has freed women’s aesthetic inclinations that have been suppressed, neglected, and dormant. The aesthetic system of architecture is now more diverse due to the aesthetic distinctions between the two genders and their respective modes of thought.

Zhang Jinqiu has researched and applied the resurrected architectural style known as the “New Tang Style” in the modern urban development of Xi’an and has built numerous iconic structures that have marked and defined the city’s urban landscape. The artwork demonstrates three points of view: harmony and difference in architecture, unification of heaven and man in the surroundings, and harmonious architecture from a creative standpoint. “The Tang style I practice is really one method of exploring varied creation. As for different architectural designs, I enjoy them all as long as they are fit for the time, location, and theme.”

The bed and breakfast, known as the Red Rock Mountain House, creates a grounded contemporary architectural style for the neighborhood. The building has a distinctiveness that is particular to the local context thanks to Peng Lele’s work, which demonstrates respect for the environment in which it is located. She continually considers the most appropriate and pertinent building materials for the “local” context as she designs. This link can sometimes be found in nature, and other times it can be found in social history. The Red Stone Hill House gives the impression of growing out of its surroundings thanks to the coarse red stone waste that was used to construct it.

Women are more likely to feel and encounter targets in space than men are, and they like to stay, discover, encounter, and interact there as opposed to males who prefer direct targeting across space. With a humanistic approach, people feel more at home in the structure since it emphasizes the relevance of the communication space and human feelings.

By connecting the various activities that take place around the pond into one enclosed space—arrival, waiting, registration, crossing the pond, gathering the steps, handing out the certificate, and meeting with the waiting family and friends—the project aims to create an experience from the timeline. The design creates a rich space by using a promenade to connect the site’s other elements, including trees, fish ponds, and other natural elements, in a staggered and natural fashion. Two people metaphorically go into a new phase of their lives as it means along.

The interior of the camp structure is adaptable and variable, and it is permeable and open to accommodate various functional requirements. The area is organized around a central inner courtyard, making use of the site’s 3-meter height variation to naturally create several activity spaces. The “zigzag” green brick road that runs through the courtyard connects the various heights while also serving as an intriguing landscape feature. A tiny theater with 120 seats is located at one end of the courtyard. Two substantial folding door walls that may be opened in the theater face the courtyard. The modest theater is seamlessly converted into a new, spacious performance venue by incorporating the courtyard outside.

3. Overall impression with textures and details

Additionally, the design consistently demonstrates the distinctive finesse of female architects. seeking for romantic and sensual activities, sensing mood changes brought on by changes in the physical environment Therefore, feminine thought directs the creation of more exquisite and private settings, connecting with the emotional experience of humans through the use of color and light manipulation to produce higher quality works.

The gray and white neighborhood of Changde’s Old West Gate is where the red volume of the Bozi Cuisine Museum first appears, displaying a setting that places an accent on modernism in the space’s undulating gray tile roof. The crooked red concrete conveys the memories of Changde’s Bozi cuisine while showcasing the romanticism of concrete and the building’s distinctive texture due to the material’s inherent coarseness.

The auditorium’s delicate volume of white cubes separated into two layers is formed by the building’s floating white façade and undulating brick walls. The outside layer is a folded metal sheet skin with apertures, like a “veil,” while the inner layer is a straightforward “box” with irregular window openings on all sides. In the veil beneath the cover of the disguised outline, the white box in the sunshine bath radiates a gentle light during the day. The auditorium is illuminated by light that filters through the windows at night, giving the building the appearance of a lighthouse.

This article is part of the ArchDaily Topics: Women in Architecture presented by Sky-Frame.

Sky-Frame It is characterized by its empathic ability to take on different perspectives and points of view. We are interested in people and their visions, whether in architecture or in a social context. We deeply care about creating living spaces and in doing so we also question the role of women in architecture. From the arts to the sciences, women shape our society. We want to shed more light on this role, increase the visibility of women in architecture and empower/encourage them to realize their full potential.

Initiated by Sky-Frame, the “Women in Architecture” documentary is an impulse for inspiration, discussion, and reflection. The film’s release is on November 3, 2022.