The Expert Citizen: A Change of Perspectives in Participatory Design

Participatory design is a democratic process that aims to offer equal input for all stakeholders, with a particular focus on the users, not usually involved directly in the traditional method of spatial creation. The idea is based on the argument that engaging the user in the process of designing spaces can have a positive impact on the reception of those spaces. It eases the process of appropriation, helps create representative and valuable spaces, and thus creates resiliency within the urban and rural environment. 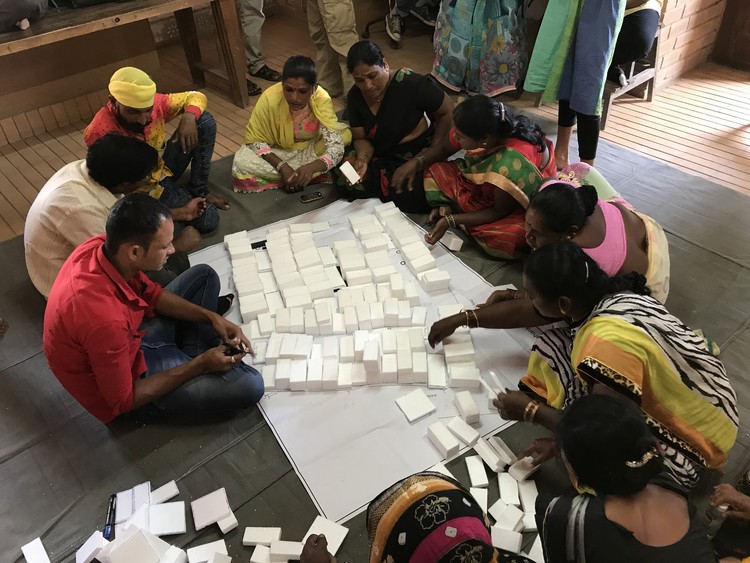 While these premises sound inspiring, there is a gap between the ideals and the reality of participation. In normal circumstances, there is an immediate imbalance in the initial exchanges. The architect and the team of experts set the frame of reference and the terms of the discussion. By applying their expert knowledge to create the system, they assume authority over the inexpert layperson. This power structure must be broken in order to develop a participatory process that empowers the user. The many structural difficulties mean that the participation is often presented to the public to gain its support, yet it is not always substantiated by actual transformative involvement. Many approaches have been developed to overcome these limitations, with varying degrees of success.

The idea of ​​participation is strongly linked to the term “user.” Adrian Forty’s book “Words and Buildings: A Vocabulary of Modern Architecture” notes that this is one of the latest terms to appear in the modern discourse of architecture. The word became widespread in the late 1950s and 1960s, while the growth of the welfare state led to a period of favor and flourishing for the architectural profession. The word was meant to convey the persons expected to occupy the architectural work. Its understanding was distinct from terms like client or occupants, as it held strong connotations of the disadvantaged and the disenfranchised; it implied those who could not normally be expected to contribute to formulating the design brief. Analyzing the user needs was presented as a way to discover new architectural solutions and move forward from the conventional architectural programs.

However, the term was an abstraction, always a person unknown, unidentifiable. Its merit was to allow discussion of people’s inhabitation of a building while suppressing all the differences between them. The book observes that this was a way to sustain architects’ belief systems. For many architects employed on public-sector projects, it was necessary to convince themselves and the public that the actual client was not the administration that commissioned the new buildings but those who would actually inhabit them. This discourse provided the appearance of a society moving towards social and economic equality, but real user participation was yet to be considered.

Participation is a generic term that disguises, in fact, varying degrees of involvement, from token participation to complete control of the process by citizen participants. In 1969, Sherry Arnstein defined a “ladder of participation” in which she sets out a hierarchy of participatory control. At the bottom, she puts manipulation and therapy, both non-participative practices aimed at educating or curing the participants with the aim of achieving public support. Placation is placed in the middle, being deemed as an acceptable outcome. In this case, a few representatives of the public are coopted into the process as advisors. Yet, the power holders retain the right to judge the legitimacy or feasibility of the advice. The acceptability of this system has roots in the political beliefs of the era when there was a fear that broader public participation may pose a threat to the stability of the political system, as explained by Carole Pateman. In this, participation’s role is case a protective one.

Community of the late 1960s and 1970s proposed an alternative model to reverse the power relationship. It is based on citizen control, and it suggests turning the experts into technical facilitators to deliver the community’s desires without imposing them. As Jeremy Till observes in his essay, The Negotiation of Hope, this approach cannot be seen as a practical solution either. By relinquishing power, the experts also yield their specialized knowledge. A transformative process cannot be achieved in part because the user is given nothing to enable them to expand their unarticulated desires.

Jeremy Till proposes a shift in the way we conceptualize the issue: instead of fixating on the building and seeing the user as objects, to transfer the attention to their context. To develop this knowledge from within, the architect must project themselves into the spatial, physical, and social context of the user. It calls for an ability to move between the world of the expert and the user, with one set of knowledge and experience informing the other. The architect should take a position to both lead and represent, to become an active participator in the practical life without denying their expert knowledge or the opportunity to guide.

This mentality opens the way to the other half of the transformative participatory process. While the architect must possess the ability to engage more actively with the context and concerns of the user, the user can also be given the opportunity to actively transform the knowledge of the architect. This is only possible if the architect recognizes and respects the knowledge of the user. While easy to dismiss, this knowledge is grounded in everyday experience. It is necessary to state the obvious and the commonplace in order to expand an often-narrow vision found in highly trained and specialized people.

Through this lens, the citizen can be viewed as an expert in their field: the lived experience of spaces. The architect’s role is to recognize the value in this perspective and to provide the channels through which it might be articulated. By viewing citizens as experts, the process of design can step away from the idealized versions of participation and the limitation of the reality of implementing them. It creates the basis of a conversation between experts of different fields, all working towards a common goal. Notions of authority are still integrated into the system, but without giving so much power to one party that poses a threat to the other’s ability to participate and to affect change.

That is not to say that the process becomes easier, with all parts harmoniously coming together to achieve the best results. Personal biases and belief systems are prone to interfere, while the directives of one field of expertise can be contradictory to the others. But the notion of negotiation between experts from different fields enables the parties to carry out discussions without relinquishing their knowledge. The acceptance of each other’s position within the process can lead to a revitalized and more relevant form of participatory practice, leading in the end to a better future for the built environment and for the architectural profession.