Nature has continually played muse to architects. Colors and forms from the natural world find themselves embedded in artificial edifices. Buildings are also shaped by patterns of the wind and sun, topography, and vegetation. While architecture is informed by the effects of nature, buildings have been proposed as inert objects that remain static in a biologically evolving world. Anthropocentric concrete “jungles” are devoid of life, separating humans from natural environments and causing imbalances that have manifested as pandemics. What cities would look like if there were no boundaries between humans and ecosystems? 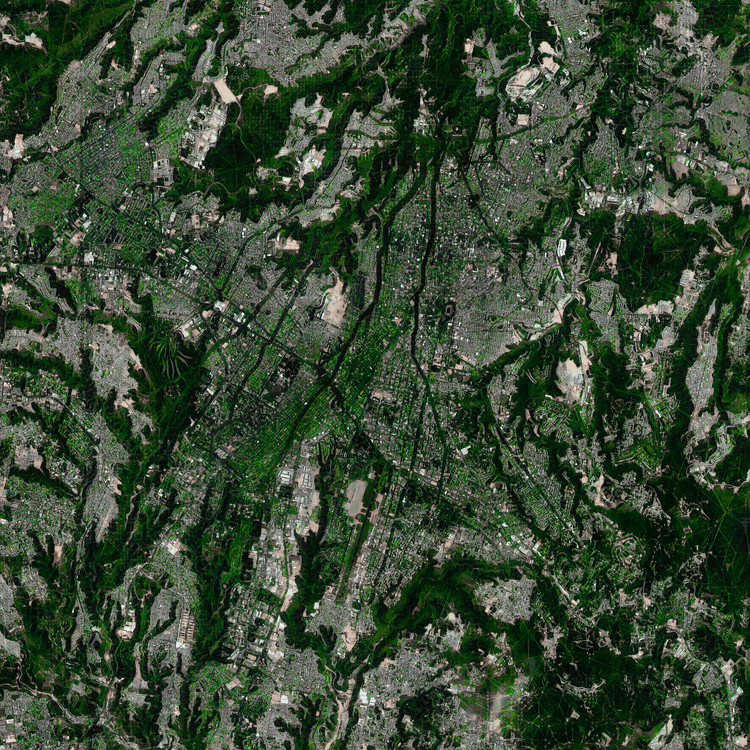 Buildings as singular entities seem to have a parasitic relationship with nature. Sustainable architecture often struggles to be more than a cosmetic process of ‘greening’ cities. An emerging research field called ‘bio-design’ provides opportunities of finding efficient ways of ‘growing’ cities. Tools and technologies allow designers to draw inspiration beyond the beauty of nature, into its resilient functions and processes. The discoveries from this emerging field can switch ideas towards conceptualizing a symbiotic relationship between the built and grown.

Nature is intelligent, with innate biological systems that evolve, adapt, and survive. Advancements in bio-computation have paved the way for the application of natural intelligence on buildings, encouraging architecture as an extension of nature. The next frontier of cities may focus on the built environment as an organism mutually dependent on the natural world. Buildings that were once barriers to the environment will stand unrecognizable from the natural landscape. Post-anthropocentric settlements will see humans integrated with the non-human living world.

An organism metabolizes at many scales – from cells and organs to bodies and ecologies. Cities similarly thrive on multiple levels of frameworks, where material composition has as much an impact on the cityscape as transport networks do. The built environment directs how ecologies evolve since they are constantly needing to adapt to humans, instead of the other way around. Bio-integrated cities must involve other organisms and respond across different scales to co-create sustainable ecologies with nature.

The Living Materials Laboratory at the University of Colorado Boulder is an experimental and computational materials science research lab led by Dr. Will Sruber. The team has devised a form of “bio-cement” made from biomineralizing micro-algae that are grown using sunlight, seawater, and CO2. Similar to how corals and oysters build their shells, the microalgae strongly binds the material. The algae soaks enough carbon to make the blocks 90 percent less carbon-intensive than conventional concrete.

Living materials are also being made from fungi, as exhibited at MoMA by David Benjamin of The Living. Titled ‘Hy-Fi’, The project features a 12-meter high biodegradable tower made of mycelium bricks. Using cutting-edge computation and biotechnology, the bricks were naturally grown from mushroom mycelium and shredded corn stalks. Mycelium blocks are stronger than concrete, lightweight, fire-resistant, and good insulators of heat and sound.

Not only do buildings shape cities, but also the perceptions of what architecture should be. Traditional design and construction practices utilize huge amounts of energy and resources without giving anything back. For a sustainable future, our buildings should be able to dynamically adapt and restore resources. Buildings that could grow, heal, breathe and metabolize would become an active part of ecosystems. Including biology in design processes would provoke architects to think of buildings as dynamic systems that allow the flow of resources between different locations.

Solar Leaf by ARUP was the first building with a bio-reactive façade, generating renewable energy from algal biomass and solar thermal heat. The carbon-neutral building is enveloped with bioreactor panels that generate energy to power the structure. The building almost seems alive with its bubbling facade, buzzing noise, and the visible movement of water and algae. By using living systems and advanced biotechnology, the passive building is energeticly self-reliant.

An academic project by students of Bio-Integrated Design at the Bartlett University College London explores vertical buildings as bio-receptive entities. The design proposes a vertical ecology integrated with nature as a solution to global warming, poor air quality, and biodiversity loss. The skyscraper interacts with the environment by purifying local air. A combination of biological-living skin, materials, and design strategies yields biodiversity consisting of pollutant-absorbing plants. The students collaborated with Foster + Partners for an international presentation called “The Lungs of our Cities”.

Cities are made up of layers of interrelated systems that aid their metabolism, like food and water pathways, energy routes, pollution emission, and waste production. Human systems messily co-exist with natural systems, resulting in an imbalance in ecologies and disastrous scenarios. Speculative ‘bio-cities’ envision urban design approached by natural intelligence, designing spaces and systems for all living beings.

Pioneering innovation in bio-urban design, ecoLogicStudio is researching the use of artificial intelligence in urban planning with their project DeepGreen. By developing a bio-computational design framework, the team analyzes data from urban landscapes to produce simulated alternatives for sustainable urban development. The simulations are governed by research on biological models, merging natural and artificial intelligence. AI is trained to behave like recognized organisms to trace out possible forms of growth or map flows of resources in the city. The framework can be used on any city and has been experimented with on United Nations Development Program partner cities like Vranje, Guatemala, and Mogadishu.

Exploring this design framework, Oscar Villarreal Viera’s project predicts climate change scenarios that could induce flooding in London’s East End. Biocoenosis Nest merges structure with water through the creation of marshlands. Acting as a transitory zone, the marshland also becomes a biodiversity node that supplies nutrients to the ecosystem. AI is trained to mimic the natural intelligence of slime mold, used to develop a non-human-centered distribution system from the marshland. ‘Buildings’ take the form of fibrous nets that house humans on the inside and other organisms on its surface.

Through understanding and integrating biological systems within the city, a new form of green urban design can unfold. Future development will call for a reassessment of the relationship between human beings, their footprint, and the environment. It is necessary to rethink old patterns and restructure the way cities are formed. A shift away from human-centric built environments will allow future settlements to participate in the systems shared by living things. By building along with nature, instead of against it, cities and nature can co-evolve into one intelligent super-organism.

This article is part of the ArchDaily Topics: Cities and Living Trends. Every month we explore a topic in-depth through articles, interviews, news, and projects. Learn more about our ArchDaily topics. As always, at ArchDaily we welcome the contributions of our readers; if you want to submit an article or project, contact us.