Questioning the Megalopolis in the Global South

As of today, over 50% of the world’s population lives in urban areas, and by 2050, this urban population will almost double in size, and 7 of 10 people in the world will live in cities. As cities have continued to grow and expand throughout history, a new vocabulary has also emerged, often to better communicate the scale of urban living in a relatively contemporary context. One such example is the term megalopolis – typically defined as a network of large cities that have been interconnected with surrounding metropolitan areas by infrastructure or transportation. In effect, it’s a region perceived as an encompassing urban area, within which there is a constant flow of commerce and migration. 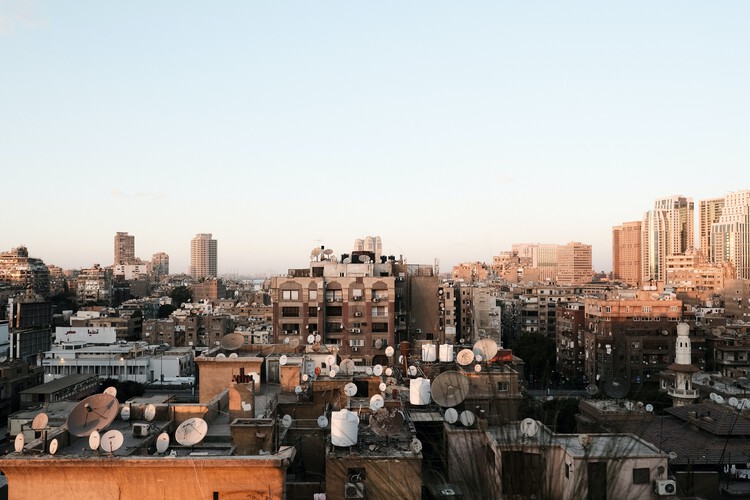 Although the term megalopolis is often used interchangeably with megacities, it distinguishes itself from the latter, with megacities typically an urban agglomeration that includes the population living in the suburbs outside the established border of a single city. A megalopolis, on the other hand, usually results from the urban sprawl that occurs from the geographic proximity of metropolitan areas to each other.

French geographer Jean Gottmann defined the megalopolis as a region in the 1950s, after studying the urban character of the northeastern United States – a region stretching from Boston in the north to Washington, DC in the south. To Gottman, the commuting, communication, and transportation linkages with the region, coupled with the concurrent economic activity, made the megalopolis a useful method of defining the large area.

In Egypt, Greater Cairo is the 6th largest metropolitan area in the world, and as what constitutes the geographical region of Cairo continues to evolve – enveloping Giza to the west, and Qaliubiyya in the northeast, the megalopolis in this context is a useful defining geographical framework. And in an urban area of ​​this scale, maintaining adequate connectivity and infrastructural links can be a challenge.

The means of transport that are relatively more affordable in the region, such as metros, microbuses, and buses, exist in an extremely large transportation network, meaning that for a traveler within Greater Cairo – multiple trips are required for them to reach their destination, ultimately increasing the final cost of movement.

In the Greater Cairo region, satellite desert cities such as 6th of October city in Giza Governorate and New Cairo on the edge of Cairo Governorate have attempted to absorb the population of Cairo, but this has been a difficult endeavor – as regulations in the desert cities have limited the capacity of the informal business sector and in addition , a large number of housing units take the form of gated communities for upper socioeconomic classes.

The Greater Cairo region, appropriately defined as a megalopolis, is emblematic of the challenges facing settlements of this scale around the world, where coordinated local policy can be difficult to implement across a region, and where transport infrastructure can be found lacking.

But on the African continent, perhaps the definition of megalopolis can be adjusted for the accommodation of another phenomenon – the trans-border agglomeration. In a region where borders between nations were formally implemented in colonial rule, settlements have formed that despite being located adjacent to each other and being home to intersecting cultures, are located in separate nations and are poorly connected.

With a population of more than 19 million, Kinshasa–Brazzaville is the most representative example of this urban phenomenon. Comprising of the capital of the Democratic Republic of the Congo – Kinshasa and Brazzaville, the capital of the Republic of the Congo, the two cities are divided by the Congo River. From a trade perspective, the Kinshasa-Brazzaville disconnection is well-documented, with little formal bilateral trade between the cities, despite being two regional trade hubs. Brazzaville, for instance, is currently considered a negligible market for most firms in Kinshasa.

Infrastructurally, however, this disconnection is more explicit. Despite Brazzaville and Kinshasa sitting opposite each other across the Congo River, there are currently no bridges between the two cities, although there are proposals for a road-rail bridge to go over the river. Transport links are consequently few and far between, as the two cities are connected by a small selection of ferries and private motorized canoes. Among the shortest international flights in the world is the Kinshasa-Brazzaville route, with a duration of five minutes.

In the case of Kinshasa-Brazzaville, perhaps it is useful to look at this urban area as a megalopolis that could have been. It is worth remarking, for instance, that an accompanying reason that these two cities are not better today is that they were under the colonial rule of two competing nations – France and Belgium – each country seeking to counter the expansion of the other.

While always keeping in mind how smaller and rural settlements are integral to the make-up of the urban whole, the megalopolis is a useful term of reference for the African context, where even though its definition can sometimes be murky and mutate, it allows for the appropriate larger-scale thinking of the continent’s complex metropolitan areas of considerable size.