Profit Above the Public: The Logic of the Concession of Use in the City of São Paulo

Recently, the city of São Paulo will witness two events involving spaces that were previously public and are now under private concession. The already renowned Virada Cultural Paulistana took place again after the initial years of the covid-19 pandemic, and had as one of its stages the new Vale do Anhangabaú. In addition, the Pacaembu complex – which recently ceased to be a public facility, became a concession and has been undergoing a series of renovations and transformations – hosted the ArPa Fair, an event that brought together a series of important galleries for exhibition, purchase and sale of artwork. Despite the different nature of these events, their processes arouse reflections upon the privatization model we are experiencing in cities today. 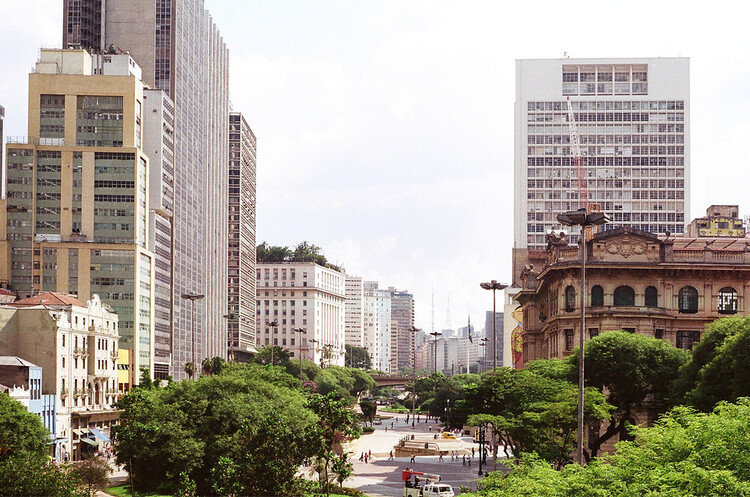 The privatization process basically consists of selling a public good to the private sector. However, according to Sabrina Durand in her investigative research entitled Privatização da Rua (Privatization of the Street), on the Vale do Anhangabaú project in São Paulo, this definition does not apply to what has been happening in the concessions of use practiced by city halls in recent times. The author quotes the sociologist Carlos Vainer, pointing out that the new logic established between the company and the public power legitimizes the direct appropriation of public power instruments by private groups by transforming the city into an economic subject.

In practice, this means that instead of selling, with the transfer of ownership of an asset from a public authority to a private company, the process is more subtle, sneakier. In the process of granting the use of a public asset, the company defines what the use of that space will be, and determines how it will be accessed, which products will be sold and, consequently, also who will be the public that will be able to access it, given that the main interest of companies is to transform these spaces into profitable products, exploring their urban qualities. In this way, the control exercised by companies over a space that is, in its conception, free, public, creates conflicts of different scales.

Vale do Anhangabaú and the 2022 Virada Cultural are examples of these conflicts. After a long process that started in 2007, the Vale finally had its work completed in 2021 and, since then, it has become the stage for different private and public events. It is important to point out that the project itself, which was part of an agreement between Itaú bank, the government and the international office Ghel Architects, changes the existing space creating conditions to host such events, even though this was not clearly the project’s premise at first. In events such as the Virada Cultural, the Valley receives fences and partitions that prevent free movement through the region, in addition to reinforced security, both for the military and civil police, as well as for individuals, adding a series of social control tools to Ensure that the concessionaire’s interests are served.

As in this region in the old center of São Paulo, the logic of concessions of use is related to the transformation and requalification of its context, creating points of interest that attract new investments to the city, within the neoliberal logic, creating a “good” climate for business”, as David Harvey describes it. On the other hand, this logic, by valuing the region, creating interest for real estate speculation, increases the prices of rents and products, fostering a gentrification process that benefits only the richest strata of society, harming the most vulnerable populations, which ared and prevented from staying there.

Thus, the concession of use allows companies to explore the potential of public spaces, taking advantage of an infrastructure built by the State and consolidated by the community, at the same time that it transforms the social relations in its surroundings and the relation of the population with that place, putting into question what the City Statute defines as the Right to the City. This questioning, clearer in the case of Vale do Anhangabaú, is also present in a more recent case: the concession of Pacaembu. The stadium, originally designed and built by Ramos de Azevedo’s office, is, in the words of Nabil Bonduki, “of inestimable affective, cultural, architectural and sporting value”, and is currently undergoing a long and substantial renovation that seeks to optimize and increase its profitability potential.

Bonduki points out that the agreement made by the public authorities was not financially advantageous for the city hall, but, in addition, it draws attention to the agreements regarding the maintenance of public activities. Unlike Vale do Anhangabaú, which is an open space where people can freely build a daily life, the Pacaembu Stadium is a public facility with a series of sports programs delimited by the built complex, including a running track, swimming pool, gym, among others , all available for public use. Pacaembu was one of the few large public leisure facilities in the city, bringing together different social groups that enjoyed its facilities every day of the week.

With the concession and the renovation, the social dynamics are already being transformed. The current project not only foresees demolition of the original building, but also aims to expand the built space to increase the profitable areas, as well as foreseeing a substantial reduction in the availability of time for the general population, demonstrating that the main objective of the Concession of use, contrary to what it may seem, is not the maintenance of a public good, but the exploitation of a public structure, restricting its collective use in a city that lacks free infrastructure for leisure and culture.

The Art Fair, known as Feira ArPa, which took place inside the Pacaembu facilities in mid-June, side by side and almost at the same time as the also Charles Book Fair that took place at Miller Square, in front of the stadium , demonstrates the contradictions that the concession of use generates in urban life. On the one hand, an event that has elicit roots, dedicated to a specific and targeted, exclusive audience, taking place inside a building that has had its public use restricted, giving space to the company’s profitability. On the other, an open, inviting cultural event, interested in involving passers-by to enjoy the discussions and lectures that took place there, accessible to anyone who passed by, promoting culture.

The contradictions between these two events suggest fundamental questions about privatizations and concessions of use. The experiences of São Paulo show that one of the great challenges of the concessions of use is to guarantee that the State has a regulatory role, mediating the interests of the population against the interests of companies, ensuring that no rights are violated during the projects and the concession period. On the other hand, one of the consequences is the valorization of the surrounding areas, and the consequent gentrification. In addition to acting as a mediator, the government must also protect its most vulnerable population through public policies that balance these social impacts.