San Diego is a city tied to the ocean. In turn, its architecture responds to a variety of cultural influences and natural conditions. Home to diverse and distinct architectural styles, San Diego has everything from Queen Anne Victorian homes and craftsman bungalows to Spanish colonial revival structures. Besides monumental works like the Salk Institute and Geisel Library, San Diego is also home to a range of contemporary cultural and residential projects. 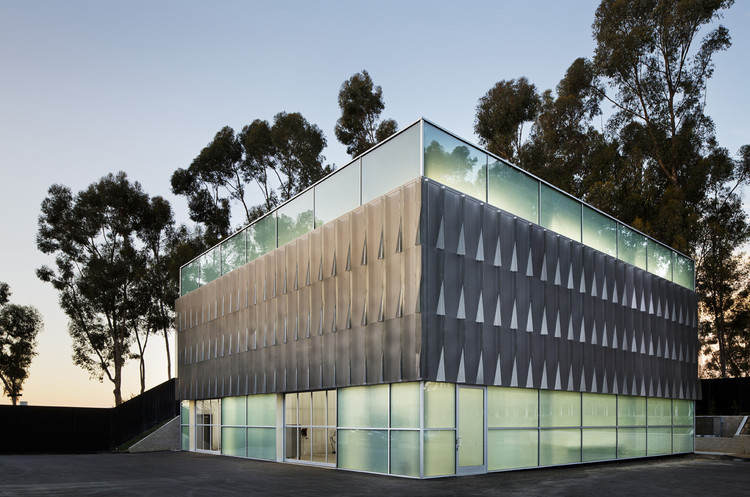 Taking a survey of contemporary San Diego architecture built in the last ten years, the following projects represent the city’s modern design culture. Framing the ocean and surrounding views, they reinterpret and take inspiration from vernacular craft and local building techniques. Designed by sole practitioners and larger firms alike, they also represent different programs, scales, materials and building systems. Together, they give a glimpse into San Diego’s architectural evolution and how architects are designing with nature.

The Superior Court of California – San Diego consolidates San Diego County’s criminal trial, family, and civil courts into a 25-story downtown tower. In the spirit of civic buildings with a strong but accommodating presence, SOM’s design integrates this formal repertoire with a language of robust subtractive massing that encloses a secure and welcoming interior. The courthouse comprises a tower and podium clad in precast concrete, as well as a public plaza. Located on a former brownfield at the intersection of Union and C Streets, the project is designed as a catalyst for an emerging government district.

The menorah is the emanation of light, the representation of the unchanging and unified divine world. This object inspires the image for the buildings for Congregation Beth El. The plan optimizes the difficult topography with an entry turnaround and parking platform in the valley. An elevator rises from this level to a court formed between the existing structures—social hall, offices, and school building—and the new sanctuary; arcades added to the facades of the existing buildings unify the complex. The court is the focus, the connective space for the gathering of the congregation.

Designed by San Diego-based architectural firm, Carrier Johnson + CULTURE, and constructed by Rudolph and Sletten General Contractors, the 36,000-square-foot complex sits at the heart of the San Diego campus. The innovative design, marked by a curved stainless-steel environmental screen and its prominent coastal site, becomes a memorable home for the university’s rapidly growing and acclaimed interdisciplinary science program, unifying Christian values ​​with a broad curriculum and state-of-the-art technology , laboratories, and classrooms.

After creating a new design facility for Nissan Design America in Detroit + a revamp of the La Jolla based studio, LUCE et Studio has now completed their third commission. In the process of collaborating with Nissan Design America & their model realization group, LUCE observed firsthand the operation of the highly advanced 5 axis milling machine. Together LUCE and Nissan discussed a simple approach for creating a building to house the mill; independent of the other design functions at the studio. A mandate; the building ought to hint to the technology within.

As part of Makers Quarter—new art, culture, and innovation district in downtown San Diego’s East Village—Block D has been designed to upend workplace conventions and establish high standards for future development within the district. Providing more than 50,000 SF of office and retail space, Block D evolves current notions about the workplace. The building redefines the workplace as a healthy, flexible environment for entrepreneurs and artists to create and innovate while fostering a culture of community and synergy that extends beyond the building walls.

ADU/Garage Conversion is a complete remodel of a large capacity garage. It is a space that mutates quickly and constantly and designed to address strategies for innovation, flexibility, and the possibility of future changes. The client a large house in San Diego for his parents and another relative purchased to live in with the idea of ​​remodeling the existing garage into an ADU for themselves. Space is the result of the client’s three requirements: flexibility to change the configuration of the space to accommodate one or several people at a time, and to allow for different family structures in the future; workspace with ample storage; water savings.

Once the site of a large church, this empty site sat unoccupied as a blighted fenced dirt lot for nearly 10 years. Jonathan Segal FAIA acquired the site and through the community review process, the building’s mass and program developed. This mixed-use project contains 43 residential lofts, 4 very low-income affordable units, 7 office studios, and ground-floor retail spaces. Unlike most buildings with very low income-affordable housing, this project did not accept any government funding or tax incentives.

Since opening in 1941, the Museum of Contemporary Art San Diego has undergone several architecturally distinct expansions. However, as the Museum’s art collection continued to expand, the building’s galleries became inadequate to display its holdings. In 2014, Selldorf Architects was tasked with developing new architecture that would expand and enhance spaces for art and the public. The new design includes the renovation of 28,000 square feet of existing spaces, as well as the addition of 46,400 square feet of new spaces to MCASD, effectively doubling the Museum’s existing square footage.