For the first time, MASA Geleria arrives in New York City, kicking off NYCxDesign at the Rink Gallery in Rockefeller Center. The traveling gallery displays works of sculpture and furniture by Mexico-based artists, architects, and designers, alongside influential historical works throughout the iconic concourse. So far the gallery has presented works in far-fetched locations across the world, including a ruinous mansion in Mexico City, a healthcare clinic in Oaxaca, and an empty skyscraper in Roma.

Taken together, the contemporary and historical works in the show, titled Intervención/Intersección, extending the conversation about place, friendship, and creative porosity explored in the inaugural MASA exhibition in Mexico City in 2019, also curated by Su Wu. In the long continuum of aesthetic, technical, and intellectual movement between Mexico and the United States, MASA’s exhibition identifies enduring moments of crossed paths, crossed wires, and star-crossed lives that transcended borders and citizenship, in the objects that gloriously entangle where we come from and where we have chosen to be.

The show has opened today, May 5th and will be on view until June 24th, 2022. Reserve a time to visit the gallery here.

Since 2018, Mexico City-based MASA (see more here) has established itself as an unconventional gallery at the intersection of design and art. The exhibition at Rockefeller Center — kicking off NYCxDesign — is curated by ongoing collaborator Mexico City-based curator and writer Su Wu. MASA draws on the iconic site’s long history of creative and intellectual exchange between Mexico and the United States.

While many of the works — both contemporary and historical — exist in conversation with the 20th-century Mexican canon, the specific selection is intended to allow a broadening of the narrative to include lesser-known intimacies, unrealized ambitions, or stories of immigration. Paired with newly commissioned work made in Mexico, ‘Intervención/Intersección’ issues a challenge to conventional understandings of the public and monumental established by the Mexican masters, instead showingcasing how work of intimacy, process, and personal history might find rousing public expression in both design and art. 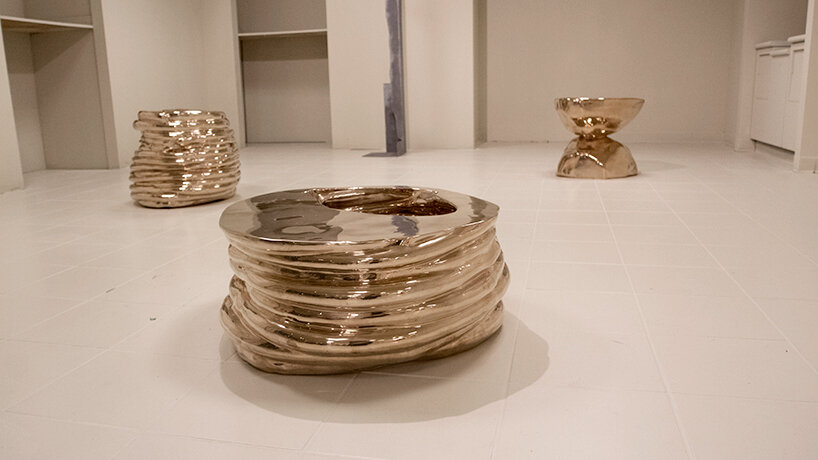 Among the works being shown at MASA gallery’s Rockefeller Center show are a bench made of overflowing chain links by architect Frida Escobedo that reconfigures a material of bondage into an object of support; Hammered copper works by designer Brian Thoreen made in the state of Michoacan that lend cosmic form to traditional technique; and ‘Empathy For Other Creatures,’ a new series of seesaws intervened by one of Latin America’s leading conceptual artists, Miguel Calderónthat create a new center of balance.

MASA also presents work by emerging Mexican designers, some exhibiting for the first time in the United States. Xavier Lorand transforms sound waves from his home state of Veracruz into a dimensional and abstracted folding screen that attaches synesthetic memory to the classic room divider.

The design project MARROW, founded in 2021 by Rafa Prieto and Loup Sarion, transforms bone remnants lovingly collected after dinner parties into glowing lamps and a meditation on discard and aesthetic activation. And in a deft reimagining of a material more commonly used for drum heads, Mexican design group Panorammmafounded by Maika Palazuelos, creates a rawhide table for MASA of surprising viscerality. 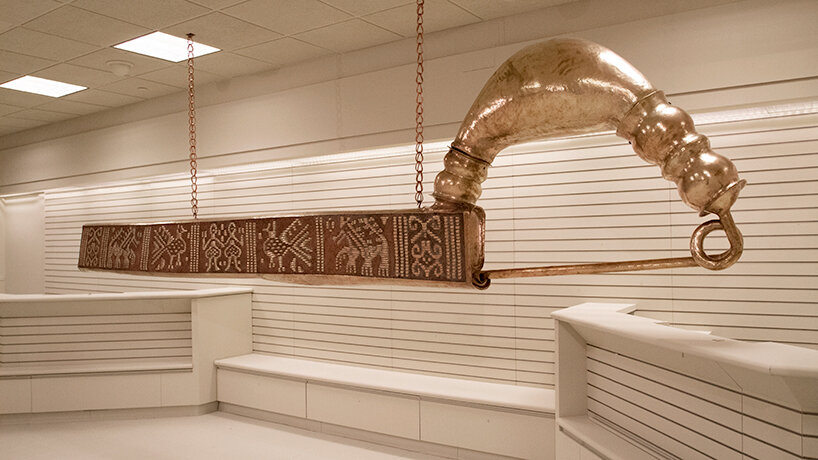 Drawing on the artist’s longtime personal exploration of bodily held memory, Alma Allen‘s large-scale ‘Not Yet Titled’ bronze work made at the artist’s Tepoztlán, Mexico foundry will be installed outdoors on the Center Plaza in front of 30 Rockefeller Plaza alongside onyx chairs by Mexican artist Mario García Torres that derive a specific concavity from the scoop shape of the iconic Acapulco chair, and sculptural Simbolo benches by EWE. 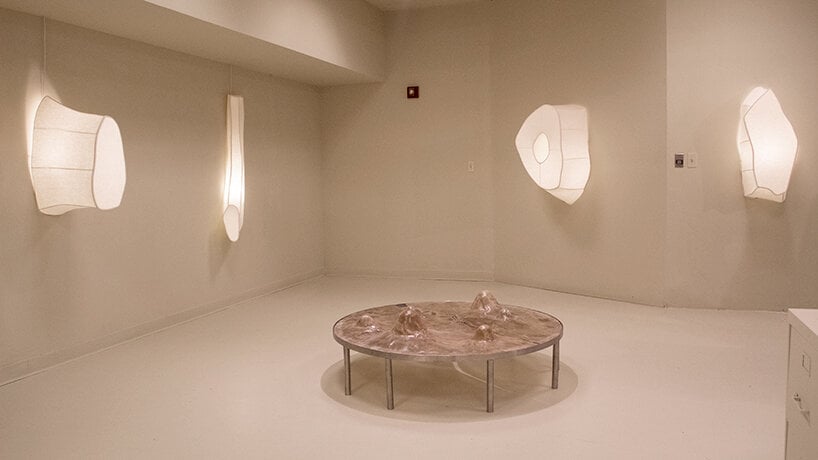 The contemporary works are presented with pieces from similar celebrated 20-century artists who traveled — as in the works in this exhibition — between Mexico and the United States, and particularly artists whose work existed in conversation with 20th-century Mexican art movements, also shifting these dominant legacies.

An original 1937 plaster relief by Isamu Noguchi that the artist carved for an unrealized mural – shortly predating Rockefeller Center’s “News” (1938-39) at 50 Rockefeller Plaza – alludes in its depictions of bodies to the iconography in the work of Frida Kahlo, with whom Noguchi had just left a romantic entanglement in Mexico. 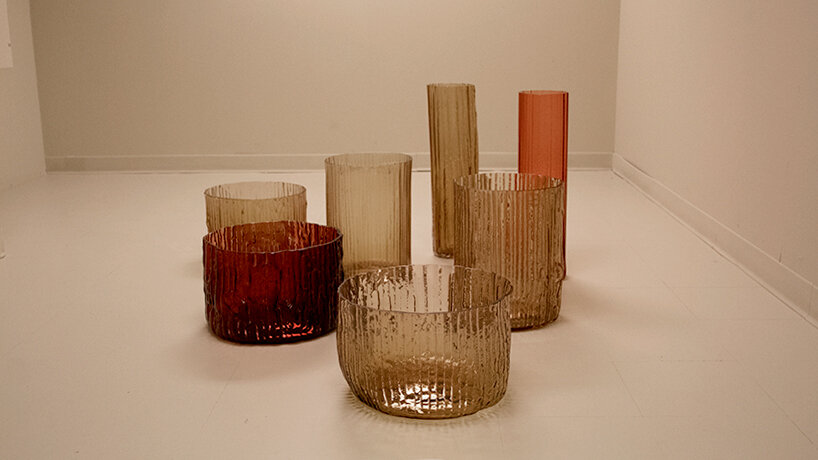 A triptych by Martin Ramírezthe self-taught artist born in Jalisco, Mexico, who traveled to California at the last turn of the century to work on railroads, shows the scale and insistent dedication of a master, created concurrently with the heyday of Mexican murals but in a mental Institution on scraps of available material such as paper bags, and for deeply personal reasons instead of public acclaim.

In a large copper brooch by artist Ana Pellicerwho studied art in New York and has lived in the state of Michoacan for the last 50 years, is a celebration of the dedication of a lifetime of work pushing material and social boundaries.