The sun will power a key part of NASA’s upcoming Artemis 1 mission via a solar sail developed by Alabama company NeXolve to fly a craft into deep space without needing fuel.

Solar sails use the momentum from light to push a spacecraft along without propellant, similar to how the wind propels a sailboat on the high seas.

NeXolve’s solar sail will be attached to NASA’s shoebox-sized Near-Earth Asteroid Scout (NEAS), a type of small spacecraft known as a CubeSat that will be jettisoned from Artemis 1’s rocket and sent to explore a small asteroid near Earth.

The mission will demonstrate the potential of solar-sail technology, which NASA has never seen at this scale and which could one day be used to assist a mission to Mars.

Solar sails work because light particles, or photons, radiating from the sun have momentum and exert force on objects they touch. In space, without the protection of the Earth’s atmosphere, sunlight is so abundant that this solar radiation pressure can be harnessed for travel.

To work the sail needs to be very thin — 40-to-100 times slighter than a piece of writing paper, according to NASA — and reflective so as to generate the most amount of thrust possible as the photons bounce off.

They also need to be big to capture enough photons to have an effect. The solar sail that will unfurl from the tiny NEAS will measure 86 square metres, equivalent to roughly one side of a volleyball court.

It is made of a material originally developed by NASA and licensed by NeXolve called Colorless Polyimide 1 (CP1) that Moore says retains its strength and flexibility in the hostile space environment, covered with a reflective coating.

NeXolve has developed manufacturing techniques that allow it to manufacture film from this material at a thickness of only 2.5 microns (0.0025 millimetres), so it weighs approximately half as much as other polyimide films.

Use of “free” energy reduces need for fuel

The thrust from the solar sail can push a craft through space but it can also allow it to hover at a fixed point or rotate – moves that would typically require a significant amount of fuel. Without as much need for fuel, craft can be smaller and lighter and can reach deep-space destinations faster.

“Solar sail missions can also be coupled with innovative sun swing-by trajectories to benefit from even more ‘free’ energy.”

According to Moore, the sails are particularly attractive for applications like space weather monitoring that require a spacecraft to fly in an unstable orbit position for which they need continuous thrust to hold their trajectory, making it easier to predict solar storms that can cause problems with power grids, satellites and communications equipment. 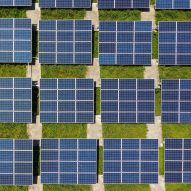 The Desien guide to solar power

“A solar sail would allow the space weather monitoring satellites to fly closer to the sun and significantly improve warning time for Solar storm events,” said Moore. “This additional time would allow better safeing precautions to be put into effect to prepare systems for the upcoming solar flare disruptions.”

The technology may also have an application in geoengineering for use as a space sunshield to help mitigate global warming.

“Looking even further into the future, very large solar-sail-like structures may be built in Earth orbit to block some of the sun’s energy from reaching the Earth,” said Moore.

Solar sails are not the only solar space technology that NeXolve is working on. The company began working in this field in the 1980s with Solar Thermal Propulsion (STP) technology, which involves focusing sunlight via a reflector to heat missile propellant.

Moore calls the sun “the most abundant and renewable source of energy available to humans” and says that its abundance in space opens up opportunities that aren’t available on Earth.

“On Earth, solar power is a growing form of renewable energy currently accounting for about four per cent of the electrical energy production in the United States and this percentage grows every year,” said Moore. “In space, solar energy is even more abundant for applications in Earth orbit and on the moon.”

“There have been many design concepts developed that would use huge solar arrays in earth orbit to collect energy and beam it down to Earth to feed the power grid,” he continued. “NASA’s future activities on the moon will rely heavily on solar energy for electrical power and other applications such as heating lunar regolith to mine water and oxygen, creating building materials, and environmental control of facilities.”

Artemis 1 is the first flight in NASA’s Artemis programme, which aims to return humans to the moon for the first time since 1972 and eventually facilitate a human mission to Mars.

The uncrewed moon-orbiting mission will be a test for the Orion spacecraft and the Space Launch System (SLS) rocket as well as carrying 10 CubeSat satellites, including the NEAS, that will disperse for their own scientific missions. 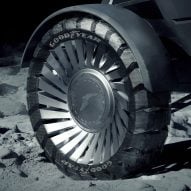 The Artemis 1 launch was scheduled for 29 August 2022 but has been postponed several times, initially due to technical issues and most recently because of Hurricane Ian. The next launch attempt is now likely to take place in mid-October at the earliest.

NASA is working with other space agencies as well as commercial partners for Artemis, so the program includes a SpaceX-developed moon lander named Starship as well as a potential lunar vehicle by Lockheed Martin, General Motors and Goodyear.

The images are courtesy of NeXolve.