For all their architectural merits, the shortlisted projects for this year’s Neave Brown award cannot escape the problems that continue to plague the British housing sector writes Kaye Stout, chair of the jury panel for the recently announced prize.

Chairing the Neave Brown Award for Housing 2022 was a privilege and one I will always be grateful for. The judging experience, however, while rewarding in so many ways – great people, great buildings, and let’s be honest, there is no hardship in joining guided tours of Britain’s best residential architecture – was also a disorientating affair.

Before his death in 2018, the man the award is named after was the only living architect to have all of his UK housing schemes listed. Brown’s commitment to social housing as a societal necessity and driver of transformational architecture has for years provided me and my colleagues with the kind of inspiration this sector needs. Why shouldn’t mass housing be where architectural design’s true worth is allowed to properly flourish?

The architectural skill would have delighted Brown, but what is it being brought to bear on?

I work in this field. I’m more than familiar with the hoops that even Sonic the Hedgehog would struggle to leap through. While, since handing the prize to Simon Henley of Henley Halebrown, for 333 Kingsland Road – 68 flats with an adjoining free school for primary age children – it’s hard not to wonder what Neave himself would think of this award, in his own name, and the industry that serves it.

I think the architectural skill all the finalists bring to their task would have delighted him, but what is it being brought to bear on? In truth, a closer look at the shortlist for this year’s award paints a depressing picture of how difficult it is to deliver truly affordable, sustainable housing in Britain in 2022.

There were only three “affordable” housing projects shortlisted (and there were just five eligible candidates among the 29 national RIBA Award winners this year). Of those, the developer-builder behind one part-affordable scheme designed by John Pardey Architects, Lovedon Fields, went bust. A tiny infill council-led project by Peter Barber Architects, Kiln Place, a mix of council and for-sale homes, took the best part of a decade to materialise. And only half of the homes in the winner, 333 Kingsland Road, were made available for “affordable rent”, which can be up to 80 per cent of the market rate. This, unfortunately, is what the “housing for all” sector looks like in Britain today.

Back in 2019, there was early criticism of the award in the press over the fact that only a portion of homes are required to be “affordable” for schemes to qualify. We saw high-quality affordable homes on all projects – and this aligns with Brown’s own desire to dissolve “the sad distinction between private and public housing”, but I’m pretty sure he’d feel better about this balancing act if there was an over-supply, rather than a chronic shortage, of social housing and affordable homes throughout the UK.

The other realisation during this otherwise fun-packed and enlightening tour of Britain’s best housing is that net-zero is a long way off. None of these projects push the boat out in terms of carbon reduction. While Kiln Place champions new homes without the need for demolition, it performs in line with Code for Sustainable Homes Level 4 – well below the Level 6 zero-carbon standard.

At Lovedon, despite on-site electricity generation through photovoltaic cells, the 50-home neighborhood doesn’t have the data to be a zero-carbon exemplar for the 2020s and beyond. The sustainability credentials of 333 Kingsland Road hinge on daylight levels in the adjoining school, and came closest with their aspirations for future use and flexibility. 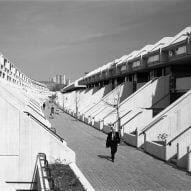 This is no criticism of the aspirations of the architects involved, but speaks volumes about the industry in which we all work. And there’s a real danger now that sites identified as perfect for neighbors defined by wellbeing and green principles will manifest instead as huddled boxes in a field as the cost-of-living crisis and current downturn in sales values ​​overtake sustainability concerns.

All three projects were commissioned in the first half of the 2010s and whilst they all fulfilled the minimum requirements of the day, it’s hard not to conclude that without legislation, few developers will go the extra mile, whether yesterday, today or tomorrow. John Pardey’s Lovedon design was intended to be a template for a contemporary “Garden Village”, and at my studio we have the same aspirations for our own projects, but the developer, Kevin McCloud’s HAB Housing, went bust. Does that prove that traditional housebuilders were right all along, and it is simply not worth the bother? I sincerely hope not.

It’s hard not to conclude that without legislation, few developers will go the extra mile

On the other hand, 333 Kingsland Road, which embodies the mixed-use approach Brown excelled at (most of his projects blended homes with shops and other community facilities) exemplifies the complexity and cost of urban building today – which made me wonder if it could be replicated in lower-value areas like Hyde, Oldham or Leith?

Henley Halebrown’s red granite tower was, at the end, a worthy winner. As I said in my citation: “When Neave Brown accepted the RIBA Gold Medal, he said, ‘we weren’t so much doing housing, as making part of the city’, and this project does just that.”

That’s all good. But this year’s Neave Brown Award is yet more evidence that the pursuit of a healthy housing sector served by a progressive architectural profession powerful enough to properly shape its output – a battle Brown fought throughout his career – is very much still on.

Kaye Stout is a partner at London architecture firm Pollard Thomas Edwards. She sat on the RIBA Housing Panel from 2017 to 2021, is a board member of The Housing Forum, co-chair of the Brent Quality Review Panel and a member of the Camden Design Review Panel.

The photography is by Nick Kane.