Is It Time For Architects to Unionize?

Unions are a trend among college-educated young people, the New York Times reports. They seek solidarity—collective leverage—to bring about desired changes that are being resisted. While Amazon and Starbucks get the headlines, younger architects are also organizing. Doing so is urged on by The Architecture Lobby, a group that leans Democratic Socialist. The Manhattan-based firm SHoP was a recent, ultimately unsuccessful target of a group of its employees and a sponsoring trade union. 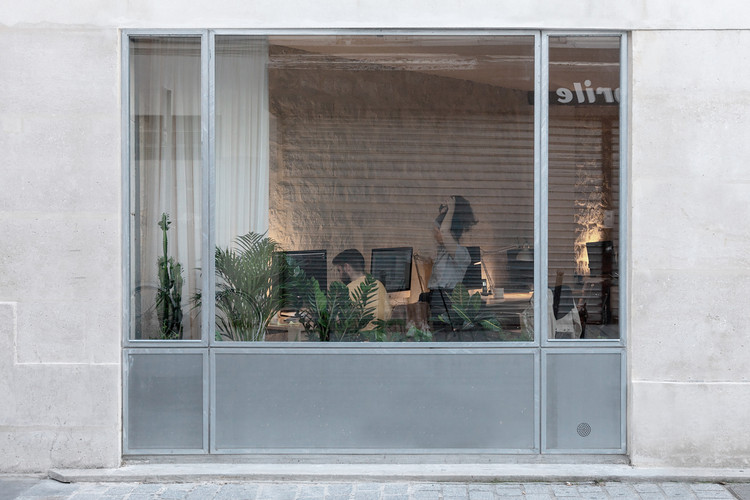 The response of SHoP’s owners was disbelief: Aren’t we in this together? A working assumption of urban firms on both coasts is that they’re progressive, as reflects their cities’ politics. There’s a dividing line in what “progressive” means, however: Millennial and below, involved professionals lean socialist; Gen X and above, they still look mainly at the market to solve social problems.

Can Architects finally have a Seat at the Table? Labor Rights and Work Conditions in Architecture

To organize, a sense of grievance has to be widely enough shared to win over a majority of those affected. Amazon’s warehouse workers have had some success because the company’s ethos is a mix of Frederick Taylor’s pursuit of efficiency and Big Tech’s “insanely great” cult of sacrifice, augmented by AI. Architecture firms can be exploitative, and even toxic, but people can take a piss without issue.

“Architects love what they do, so they’re ripe for exploitation,” David Baker once told me, but the era of free love is over. Studying to become an architect is more and more expensive, even at public universities, and young architects enter the workplace laden with debts. And their ambitions expect a faster payoff than has traditionally been the case for the profession. In short, there are gaps between what’s being sought and what’s available. That can feel oppressive.

The appeal of Democratic Socialism to this cohort reflects its insight that not every problem they face can be solved by even the largest and most progressive architecture firms without a broader effort to strengthen the public realm. Public goods like education, healthcare, housing, and childcare are starved of funds. The cost of what the market provides contributions to young architects’ sense of oppression, but even as they organize, they’re pushing for regime change.

Democratic Socialism’s premise is that market capitalism is compatible with an adequately funded public realm, and that—absent such funding—the public realm will fray, and society’s broader prosperity will falter. One interesting thing about the pandemic is that the public realm got a huge, if haphazard, dose of funding, a tacit recognition that without it, things could actually fall apart. Biden’s initial move was to continue this, to accept the Democratic Socialist premise.

Aren’t We All in This Together?

The SHoP episode shows that are and we aren’t. Where people differ has become problematic. The difference is substantive. SHoP looks progressive, but it’s tied to a late-capitalist economy whose oligarchs view the public realm as philanthropy. The architect-economist Kevin Batcho notes that the US was a middle-class paradise through the 1960s because we were competing with the USSR for Third World allegiance. When the Soviet Union toppled, the neoliberal gloves came off. Social welfare shrank quickly as a belief that markets could maintain it gained currency.

So, here we are. Public goods are privatized, and instead of middle-class affluence, we have a growing gap between the top tier and everyone else. Despite their gentlemanly pretensions, architects are part of the professional class, one to which my family has belonged since the 19th century. Unions rarely figured; Instead, we have the AIA.

That august body has, in my view, closely resembled the US House of Representatives, attracting older white males outlooks reflect the priorities and world view of that cohort. This is the organization whose then-executive director famously welcomed President-elect Trump with a tone-deaf press release, and whose directors turned back an ADPSR petition to declare designing prison execution chambers and solitary confinement cells in US unethical.

My local chapter is an admirable exception, but the AIA nationally has lagged behind it. There’s a new executive director, though, so things could change. National’s main function has been to hand out honors like a monarchy. And yet, if overhauled, it could be a better option than a union.

A Different Kind of Union

“WTF!” I hear a Brooklyn friend exclaim. But let me cite Peggy Deamer, The Architecture Lobby founder and author of several books on architects as workers. When she says “union,” her main example is Architects Sweden. Yes, it’s a union—but it’s more like the AIA than a trade union.

What’s similar is that Architects Sweden’s members include firms and practitioners, and it sees itself as an advocate for both. One difference is that Sweden is a socially progressive democracy with a robust public realm, consciously seeking to level the playfield for women. Another is that architects and related professionals are certified by Architects Sweden. Anyone can call herself an architect and practice freely; the government is not involved. Despite this, most architects, interior designers, landscape architects, and planners join Architects Sweden as students. With a university degree or its equivalent and two years working for relevant firms in the EU,, they are certified by the union in their chosen field.

What keeps Swedish design firms and professionals in their union is the support it offers both. Architects Sweden helps firms and practitioners decide jointly on working conditions, keeping tabs on compensation and on, for example, the participation of women at different levels in their firms and how their careers are progressing in comparison to men. It tracks and shares best practices in firm management, innovations in materials and techniques, technology integration, market conditions, and working in and outside Sweden. The organization lobbies the government.

The AIA currently lacks Architect Sweden’s activism and sense of purpose. To change, it would have to broaden its remit—not just licensed architects, but the full roster of professionals who plan and design the built environment. It would need to look beyond professional boundaries and barriers to see how interconnected they are, in reality, yet still respect their professional cultures and expertise. If database architects are a recognized profession, the AIA shouldn’t be shy about broadening the term “architect” and supporting its sister fields as members.

Evelyn M. Lee, a well-qualified Bay Area architect, is running for president-elect of the AIA on a platform of effecting change. But can the AIA really match Architects Sweden’s activism and its ability to pull the design professions together? It’s an open question. Should it be falter or refuse to take up the challenge, there are two alternatives: The Architecture Lobby, active in organizing and visibly Democratic Socialist; and the National Organization of Minority Architects (NOMA), of which Lee is also a member. A bigger tent would give design firms and professionals more visibility and heft as they tackle their shared challenges.

Whatever organization rises to the occasion, it’s unlikely to use trade unions as its model. Warehouse workers’ grievances differ from those of design professionals. Long, adequately compensated hours as well as the hire-and-fire nature of many offices make working as an architect precarious. This is”t new, but it often reflects poor firm management, not bad intentions. The firms need to be in the mix, but the organization needs independence from the larger ones. The practice of firms subsidizing their employees as members should end. Individual membership should be affordable, and firm membership should be tied to size and revenue. Both can have their own conclaves, reflecting their different situations, yet also work together collectively.

What makes Architects Sweden a compelling model is that so many of these challenges fall on firms as well as practitioners. Architecture firms are still hobbled by an antitrust settlement of the AIA made decades ago—imposed on them by the SEC at the behest of the profession’s largest federal clients. Until then, the AIA’s fee schedule dictated the minimum fees (on a percentage of construction cost basis) that member firms could charge clients. It gave them a “floor,” the same way the minimum wage does for workers—protection, however minimal, against exploitation and mismanagement. The ban on fee schedules should be revisited, not just for architects, but for all of the professions involved with planning and designing our cities.

But the main task is to raise all boats—to push for equity for women and minorities, and for an affordable and accessible public realm. The issues we face as design professionals too often reflect social shortcomings. So, yes: We are all in this together. But we need a union that gets that.