It was with great sadness we learned that Alexander ‘Sandy’ Henry Bannerman died aged 94 on 17 December 2021. Sandy’s friend and colleague William J Cairns writes about Sandy’s life, work, and his ardent support of the landscape profession.

It was with great sadness to learn of the death of one of the British New Town movement’s top architect planners. Sandy Bannerman led the planning, design, and implementation of Craigavon ​​New City in Northern Ireland. He placed great emphasis on landscape architecture in building an environmental and landscape framework at a scale capable of receiving and integrating a major urban development and transportation system into a rural setting of small fields and hedgerows and two pre-existing towns. More than this, his visionary leadership and example gave inspiration to urban planning and development throughout Northern Ireland, including Belfast’s highly successful transformation from a war-damaged, socially divided, visually degraded city into the exemplar it is today: one of outstanding urban renewal , and an enterprise resulting in great beauty.

‘A genuinely inspired architect planner, Sandy enlivened the design atmosphere around him and fully engaged and engendered confidence in members of his team.’

Sandy was a warm-hearted, kind, yet reserved and circumspect professional who never sought the limelight, but went into full flight with great enthusiasm on the advent of a good idea, whether of his own making or that of others. As a genuinely inspired architect planner, he enlivened the design atmosphere around him and fully engaged and engendered confidence in members of his team. As leader of the Design Group for Glasgow’s comprehensive Planning and Development programme, Sandy was responsible for setting the design parameters and briefs for areas selected for comprehensive redevelopment. He was a star performer in raising the sights of his peers, whether colleagues, councillors, the public, or his bosses. He was known and respected for his firm logic and visionary ideas.

When I joined his team, as Glasgow’s first landscape architect, Sandy gave me the task of undertaking a comprehensive survey of private and public open space in the city. His brief was to provide an understanding of what would become the city’s first official inventory of open space. It was recorded on’ticker tape’ then, years later, computerised. This task included a preliminary assessment of the facilities and state of each park and the potential opportunities to achieve an equitable system and to propose ways and means of interconnecting parks and recreational open space as a central theme in the city’s regeneration. Sandy agreed to me taking on six summer break geography students to join the ‘Landscape Section’ to assist me to undertake the field work and data recording. He became hugely excited and enormously supportive of the project.

On leaving Glasgow, Sandy was appointed as chief architect planner to lead the planning and design team of the New City of Craigavon ​​in Northern Ireland. After four outstanding years in the US, two of which were spent at MITs Planning School, I re-joined Sandy, Bob Strang, and Jimmie Milligan, all former Glasgow colleagues, as chief landscape architect in Craigavon, Northern Ireland. With Sandy’s staunch support, I assembled an international team of 18 landscape professionals to work on a canvas of 100 sq. miles.

While never formally a landscape architect, Sandy was one of the profession’s most informed and ardent supporters. Typical of his character, Sandy gave priority to landscape issues and stood in defense of expenditure at the board level for the New City’s landscape structure and comprehensive recreational framework. The latter included the innovative Tannaghmore Botanic Garden, Oxford Island Nature Reserve, the Kinnego Marina on Lough Neagh, the Seago Eighteen-hole golf course, and the formation of Craigavon’s much celebrated central park and balancing lakes.

The landscape architecture profession owes Sandy a major debt of gratitude for having given his authority to the provision of an incubator for the development of landscape architecture in Ireland. As an approximation, possibly some 75 professionals have either qualified, or have been trained while working in one of Craigavon’s Landscape Division’s four teams since 1966. Notable Institute members were Charles Smart, Ken Naylor, Jim Busby, Tony Walker, Brian and Flo Woods, Stan Long, Peter Diehl, Jeff Lonsdale, Jack Dunn, and Alan Smith.

Sandy’s leadership permeated every aspect of the planning and development professions in the North of Ireland, a position he never sought to advertise or from which to receive personal aggrandisement. He always felt that whatever any of us were capable of achieving was never sufficient and that we could all do better. He invariably put ‘the reach beyond the grasp’! Sandy ultimately retired from government service following the transition reorganisation of local and central government, which dissolved the development commissions of Londonderry, Antrim Ballymena, and Craigavon, and Belfast, centralizing their respective functions into a consolidated NI Planning Service.

In seeking new challenges, Sandy joined WJ Cairns & Partners as Northern Ireland Director, initially to oversee the satellite development of Poleglass, a new township located adjacent to Lisburn in Greater Belfast and Baloo, Bangor. He also promoted the growth in its early stages of a highly successful Northern Ireland Office with the lion’s share of the market at the time. Sandy again demonstrated in the tradition of the United Kingdom’s finest architect planners, his masterful vision, diplomacy, and ability to get projects approved by clients, off the drawing board, and on to the ground.

Following private practice with Bill Cairns, Sandy joined Glenrothes New Town to oversee the continuity of planning, design, and development services on its dissolution as a New Town Corporation and incorporation of its functions within Fife Regional Council. Sandy’s role in the Cairns Northern Ireland Office was taken over by Jeremy Jackson, RIBA, RSUA.

‘In everything Sandy undertook, he demonstrated a deep sense and understanding of social and environmental considerations. He was able to visualize the inherent potential in any given circumstance – a gift shared by the few but now needed more than ever by the many.’

Sandy was a consummate professional whose example is a legacy for all of us to follow. Like many post-War planning professionals, he drew his inspiration from the challenges offered by the internationally respected British New Towns movement in response to the ravages of the war and its devastating effects on the urban environment and the rebuilding of an impoverished nation. He fervently believed in social justice and a mixed economy with a highly robust private sector to drive up living standards; In everything he undertook, he demonstrated a deep sense and understanding of social and environmental considerations. He was able to rise above the noise of bureaucratic debate and visualize the inherent potential in any given circumstance – a gift shared by the few but now needed more than ever by the many.

Following his studies at the School of Architecture at Grays College in Aberdeen, where he was a top student and won several premier awards, he went on to study Town Planning at the Glasgow School of Art. Following this he was awarded the Hunter Bursary in 1955 to study Housing and Town Planning. He gained first-hand experience in New Tow development with posts in Harlow and later East Kilbride, where he lived with his first wife Elizabeth and his two young daughters. After the sad death of Elizabeth in 1957, Sandy continued his career in Cumbernauld New Town where he met and happily married Maureen, his feisty and highly remarkable sparring partner, but who sadly predeceased him.

Our deeply felt condolences are extended to Sandy’s daughters Claire and Anne, his son John, and his six grandchildren and five great-grandchildren.

For all of us who knew Sandy, professionally and socially, his memory will live on as a beacon of respect for his principles, intellect, mentoring, and judgment, warm friendship, and for his achievements during a life devoted to his profession, family, and friends. 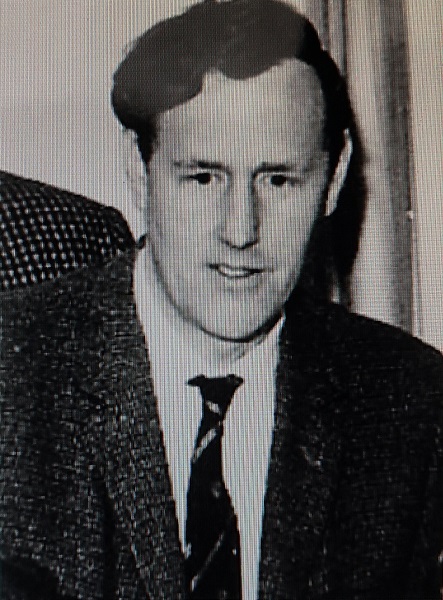