How to Choose the Most Suitable Window Type for Your Project

Windows are the elements that connect us to the outside world. It is from them that views are framed, privacy, lighting and natural ventilation are defined. Nowadays in the construction market we find different types of openings. Find out how to choose the type that best fits your project needs here. 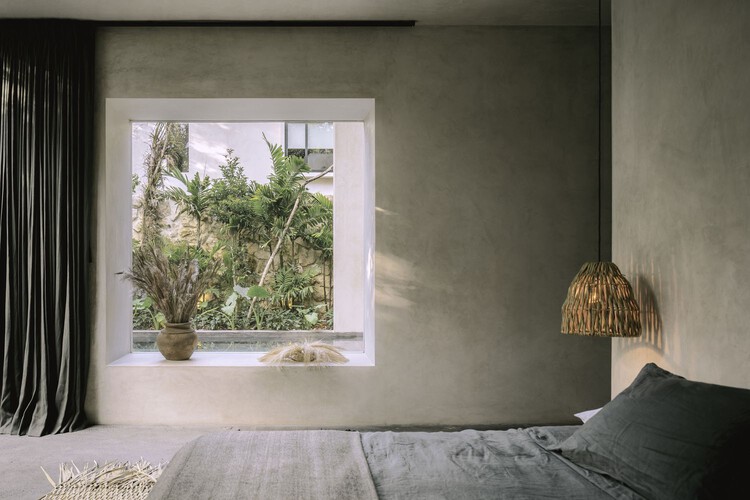 One of the main building elements, the window frames, is fundamental for the architectural project. Being able to vary in size and material, but also in the type of closure, such as glass and shutters, and opening mechanisms, the windows interfere with the interior space and the ambience of the project, enabling the creation of more intimate and versatile environments , or more lit and agitated.

In general, the frames are composed of a cadre installed on the wall, which can be made of wood, aluminum, iron or PVC, where the sheets – elements that seal windows with materials such as glass or shutters, which can be fixed or mobile – are set. When mobile, they can be opened and closed in several different ways, occupying more or less projection space beyond the walls. Below we will demonstrate the most common types of windows and how they open:

They consist of a frame made up of rails, through which the sheets run. Due to its opening mechanism, the ventilation area is usually smaller than the window area. It is a good solution for small spaces, since its projection outside the wall perimeter is negligible.

The casement window follows the same mechanism as conventional doors, with the sheets fixed to the frame using hinges that open, allowing a total ventilation area. In the case of these windows, it is important to predict the opening radius, either externally (the most common) or internally, and to predict the space that this leaf will occupy on the wall beyond the window area.

Widely used in bathrooms and kitchens, the tilting window works from a tilt, a kind of side lever that moves the window vertically, opening and closing. They are usually more linear, horizontal windows, which have a reduced ventilation area, which makes many projects choose to add several tilting windows together, forming a large window with small openings. Always opening to the outside, its projection beyond the wall is not prominent, but it is important to position it carefully as it can cause accidents among those who inhabit the room.

Similar to tilting windows, maxim-ar windows have the same opening movement, but a different opening system. While the tilting windows have a lever on the vertical axis, which also allows the opening of several sheets at the same time, the maxim air window opens from the horizontal axis, which means that this window can have larger openings, but limited to one sheet . Its projection from the wall is greater than the tilting one, which requires care in its positioning of the project and is normally placed in wet areas.

Pivoting windows consist of sheets that rotate around the vertical axis, located in the center, or offset from the frame. Its opening makes an internal and external turn at the same time, and needs to be foreseen in the project, especially in very large windows. Its opening can be more generous, as it achieves almost the entire opening area, allowing a relatively large ventilation area.

Folding windows are similar to casement windows, but their sheets bend and snap together as they are opened. As well as the opening window, the shrimp windows also allow full opening of the span and need to have their projection considered in the project.

Sash windows are composed of two sheets that run vertically, overlapping each other and allowing an opening of half the entire window span. As with sliding windows, this mechanism does not protrude from the wall, being almost circumscribed within the limits, which is ideal for spaces with small areas.

Fixed windows are those windows in which the sheets do not move. They are usually composed of a frame and the closure. These windows do not project out of the wall, and are usually used to focus on functionality such as lighting, connecting with specific views without ventilation, narrowing communication with the outside.

In addition to their opening types, windows also vary according to their sealing type. The sheets can be translucent, closed with materials such as mosquito nets, glass or even polycarbonate. Or they can also be opaque allowing ventilation, which is the case of the classic shutter, which brings a special ambience to the environments.

Often, a single opening mechanism is not enough to meet the needs of the project, causing different types of openings and seals to be mixed in a single window, as is the case with the classic combination of sash and casement windows, where the opening leaves are shutters and the guillotine has translucent glass. Another classic combination is to vary fixed sashes with movable sashes, as in sliding windows.

All these choices impact on ventilation, lighting and communication of indoor and outdoor spaces. Besides, this combination can, in addition to responding to a functional aspect, become an aesthetic element of the project, bringing its own identity and language. For this it is important to consider which material is ideal for the windows.