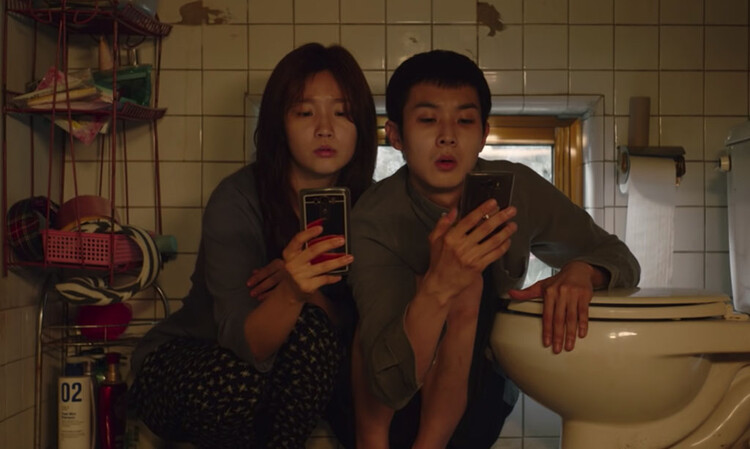 The setting makes up a considerable part of the cinematographic image, referring mainly to framings where the mise en scène only encompasses that setting or the actor interacting directly or indirectly with the environment around him. Starting from a simple concept, the scenography of a film integrates the entire study of the cinematographic space, composed of the scenario, the arrangement of the furniture and the organization of the objects. Going beyond the notion of decoration and interior design, the setting tells a story, and the chosen elements can highlight a possible personality of the character, while contributing to the understanding of the events of the narrative.

Since the theatrical performances in Ancient Greece, the setting has already played an important role within the narrative. In the early days of cinema, it was much explored by George Meliès, considered the pioneer in experimenting with special effects in cinema. The filmmakers, with their illusionist veins, made their own sets using the trompe l’oeil technique, an artistic form of drawing or painting that allows for a perspective view through optical illusion.

Researcher Gilka Vargas comments that the filmmakers departed from this technique and began to build more realistic three-dimensional sets. In Italy, birthplace of great theatrical sets, Giovanni Pastrone launched “Cabiria” (1914), a feature film with three-dimensional sets designed by the architect Camillo Innocenti. André Martins states that the project revolutionized scenography in cinema by escaping from the two-dimensionality of the flat paintings used in Meliès’ films. This technique allowed the camera to walk in the filmic space, allowing greater relief to the scenes. The producers improvised what was perhaps the first travelinga technique in which the camera is fixed on a wheeled equipment that moves in parallel in the sets.

The doctor in design and architecture Nelson Urssi comments that it was with the productions of the German expressionist movement, which began in cinema around 1910, that the set began to be explored as an element beyond the conventional filmed space. In the expressionist scenarios, the spaces were visions suggested by the narrative, with distorted architectures that did not match reality, often reminiscent of nightmares. Through this subjective approach to the world, the scenic spaces highlighted the inner world of the characters, as in “The Cabinet of Dr. Caligari” (1920), revealing their anxieties and mental state.

André Bazin, one of the most respected film critics in the world, states that “the fulcrum of the dramatic lever is not in man, but in things” (1958). Therefore, based on these concepts, the set is not only relevant, but fundamental in the process of visual communication and in the construction of the narrative’s meaning. The set designer collects from the script all the relevant information considered crucial in the construction of the scenography, such as description of the environments and important features of the characters, giving a meaning to each item designed and placed in the scene.

The set designer provides new meanings to the space, seeking to define relations with the spectator based on the set — through the choice of colors and shapes, furniture location, specification of materials and textures. Each element chosen and positioned in the scenography has information, which is why the scenario becomes a vehicle of communication, influencing and establishing an impact on the spectator, generating different stimuli and interpretations.

The scenography reveals, through its components, important information for understanding, for example, the religious or political views of the characters, their emotional conditions, where they live, how they relate to the environment, as well as their social class. In “Parasite”, the first foreign-language feature to win the Oscar for best picture in 2020, director Bong Joon-ho presents the social contrast through two families. It is a film full of symbolism and many of them are revealed in the architectural elements. At the beginning of the film, the characters Ki-woo and Ki-jung appear looking for a wi-fi signal on their cell phones and the camera reveals the space where they live: we notice the accumulation of objects, the precariousness of the environments , the multiple functions of the bathroom, as well as aged furniture and finishes.

One element that draws attention is a small window, the first image of the film. From it, the view of the poor family is on the same level as the street, representing the social fall. In contrast to this window, the rich family’s house is surrounded by glass frames, being flooded with sunlight. Through the architecture of these environments, the film’s theme is revealed.

In addition to these attributes, with the help of framing and camera positioning (emphasizing the collective work of cinematographic production), the scenography can serve as an element of evidence about possible narrative directions, contributing to the understanding of the plot. During the choice of a location or in the elaboration of the set project in the studio, the director and the set designer can take advantage of architectural elements present or created to expose or emphasize an idea, improving the film space through the composition of the frame . This may indicate a close relationship between characters, as in “The Handmaid’s Tale” and in the feature “Room” (Pictures 11 and 12), as well as distances, as in “Breaking Bad” and in the feature “Eternal Sunshine of the Spotless Mind” (Pictures 13 and 14), the characters’ interior and how they feel in the environment they live in (Pictures 15 and 16).