From the Maid’s Room to the Outskirts: How Does Architecture Respond to the Social Changes of Domestic Work?

The maid’s quarters are “with their days numbered”, although they still find a place in the new luxury apartments. The information is from a report published in Folha de S. Paulo in March of this year, which says that in 2018 less than 1% of domestic workers, mostly black women, lived on the premises of their employers – a low number when compared to the 12% of 1995. With the decrease in the number of professionals residing in the employers’ homes, the “maid’s room” would gradually be no longer part of the architectural plans of Brazilian housing buildings. 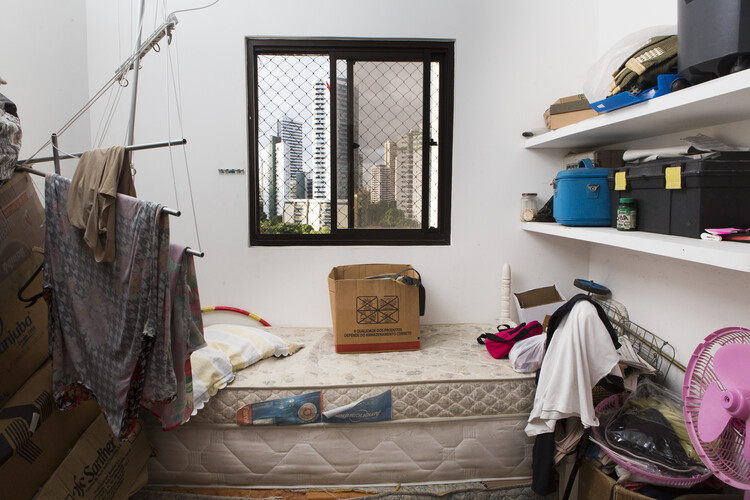 Historically, the social organization based on servitude and slavery adapted domestic spaces according to their hierarchy. If the old sugarcane farms had large houses with all their scale and grandeur, it is because in the basements and slave quarters lived enslaved people who forcibly worked keeping this structure in operation. After the abolition of slavery, these people, now free but without any support to incorporate into society, continued working in the same functions, now out of the need to survive and under similar conditions. In this way, the logic of servitude in Brazilian society is perpetuated, incorporated to this day in the figure of domestic servants.

It is from the abolition of slavery and technological advances in sanitation that the spatial organization began to transform. The large houses migrated to the city and materialized in urban mansions and the slave quarters became the sheds at the back garden that shelters the employees dedicated to the domestic services. The traditional (bourgeois) Brazilian house recognizes three different areas in its spatial organization: social, intimate and service. While the intimate area is reserved for the residents of the house and the social part is dedicated to the entertainment of visitors, the service area is where the “support” spaces of a residence are located, those directly linked to the services that were performed by the slaves and that should not be revealed to visitors or visited daily by the family.

The sheds contained a bedroom and bathroom where these domestic workers lived and were usually located next to the kitchen and laundry, historically marginalized spaces. With the densification of the cities, the verticalization, and the permanence of a social hierarchy based on domestic services, the employees’ dependencies are gradually leaving the sheds and migrating to residential buildings. Until the 1970s, it was common to see small two-bedroom apartments with servants’ quarters not only in the wealthier classes, but also in the upper middle class. Among the richest, this practice is reproduced to this day.

The 20th and 21st centuries bring significant social changes, such as a powerful popular struggle for labor rights and significant technological advances that transform some domestic dynamics. On the one hand, we have greater access to appliances that facilitate and optimize work, in addition to the industrial logic that facilitates access to processed foods. On the other hand, politically there is a set of labor conquests that establish rights and duties for workers and employers, the most recent being approved in 2013, which regularizes the work of domestic workers.

As a result, the number of domestic workers per household has decreased over time, but even so, the “little room” logic continues to exist. The Brazilian imperial-colonial heritage makes modern domestic servants assume the role of home helpers, which makes them almost “indispensable” for the family logic of the upper middle class, moreover for power and social status reasons. If “the maid’s room” has remained active all these years, even with the changes in the dynamics of the home, what are the recent factors that make this space begin to disappear from domestic architecture?

First, the last 10 years have been marked by a general shift in labor relations. The idea of ​​entrepreneurship and outsourcing, as well as the increase in the cost of living of the population and the consequent increase in the cost of domestic professionals, causes many domestic workers to be divided into several punctual and daily jobs, instead of a fixed and permanent job. If in the past, it was common to dedicate themselves exclusively to a family, today these professionals move through various workplaces and specialize in specific services, such as cleaning, cooking, etc.

At time, with the densification of cities and the scarcity of land, the price of the square meter has risen, so that the real estate market has been building smaller and smaller residential projects and with the area optimized. In upper-middle-class apartments, the service facilities dedicated to professionals were suppressed, while the laundry room was reduced and the kitchen became a social area. The Folha de S. Paulo report points out that today, while these rooms continue to exist in the largest and most luxurious units in São Paulo, the market offers possibilities for plant adaptations that eliminate this room, with the option of transforming the small room into an office, or expanding the kitchen. Also, there are many refurbishments of old apartments that eliminate the maid’s quarters and transform them into social areas.

However, as in the transition from slave labor to free labor, the current domestic worker has not lost the stigma of marginalization in society either. If in the past they were concentrated in the slave quarters, in the back house or in the maid’s room, today they occupy the peripheral neighborhoods of cities, facing crowded public transport to move from service to service, lack of access to education, leisure and culture and remain victims of prejudice. Despite the changes in architectural dynamics over the centuries, the spatial organization continues to respond to the same social hierarchy derived from imperial-colonial logic, structurally reproducing racism and machismo.