Ecological Control and the Garden City: Utopia for Whom?

At the turn of the 19th century, a British publishing house would release a book written by an English urban planner – a book with an optimism title. The title of this book was To-morrow: A Peaceful Path to Real Reformlater reprinted as Garden Cities of To-morrow. The English urban planner in question was Ebenezer Howard – and this book would lay the foundations for what would later become known as the Garden City Movement. This movement would go on to produce green suburbs praised for their lofty aims, but it would also produce satellite communities that only catered to a privileged few. 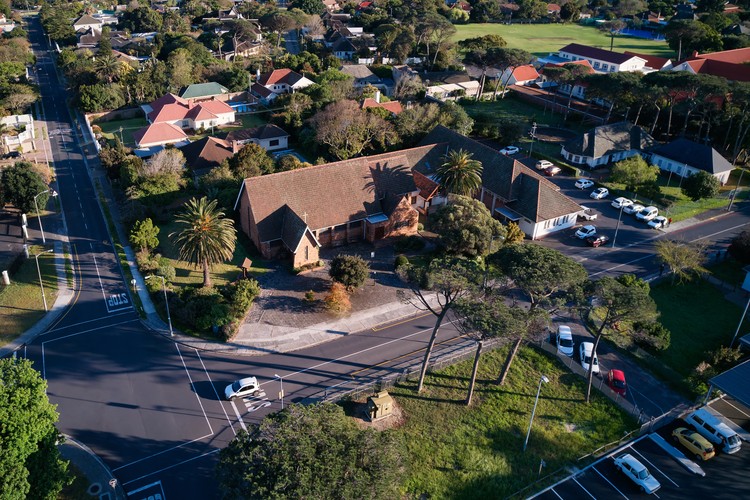 The concept propagated by Ebenezer Howard was quite simple. At its most basic, a garden city would harmoniously combine the countryside with the urban town, where rural flight and urban overcrowding would be simultaneously addressed. Spatially, Howard visualized garden cities to be planned on a concentric pattern with green spaces and public parks, intersected by six radial boulevards extending from the center.

Despite the utopian air of Howard’s visions, a garden city was built in the UK a short while after the publication of his book. Letchworth in Southern England would later serve as a template for future garden cities – influencing nearby Welwyn and Hampstead Garden Suburb.

Have Gardens Become a Privilege?

The original garden city concept, however, was molded by the realities of a capitalist economic system. Howard had devised Letchworth with a cooperative ownership scheme with no landlords. As the project was backed by wealthy investors, however, this was scrapped. This molding of the garden city concept would shortly end up leaving the shores of the UK, finding its way to colonial territories in the African continent, where the elements of a garden city would be transplanted to exclude, segregate, and delineate social status.

A very early translation of the garden city model internationally was in South Africa, which in 1919 saw the establishment of Pinelands in the southern suburbs of Cape Town. Modeled closely on Letchworth Garden City, it was the first attempt at a professional town plan in South Africa – which acted as a precursor to the spatial planning favored by successive apartheid governments. The roads and paths that cut through Pinelands were carefully crafted to allow for vistas looking towards clusters of trees or Table Mountain. Shops were designed to be easy to reach without being obtrusive, and the houses were designed in an adapted English vernacular style – seeking to combine a pleasing appearance with comfort and affordability.

With all this, however, Pinelands was explicitly conceived as a whites-only, low-density segregated housing suburb. If Ebenezer Howard’s vision of a garden city was one that championed social reform, Pinelands’ garden city design was purely technical, represented only in the layout of roads and allocation of open spaces. English architect Albert John Thompson – who designed the settlement – ​​justified his stance against developing a non-European section in Pinelands by citing a lack of funds.

The development of Pinelands in effect paved the way for planning as a medium for social control in South Africa. It contributed in part to the passage of statutes that mandated segregated land use – such as the 1927 ordinance that formalized the establishment of townships.

A few decades on, the Group Areas Act was enacted in South Africa, with racial groups being assigned different residential and business areas as urban apartheid was further codified. The Cape Flats were a result of this act, an area consisting of racially segregated neighborhoods. The orderly greenbelts laid out in the original garden city handbook became a tool of exclusion, instead acting as buffer zones between black, mixed-race, and white communities. Suburban roads circled back on each other, another form of urban control.

This exploitative Garden-city model was applied by the apartheid South African government in townships such as Langa and Ndabeni, and was ultimately an apt representation of the garden city both as a form of control of non-whites and medium through which South Africa’s white community would be “insulated” from non-whites.

The garden city as a social engineering project was also similarly sculpted in Western Africa, with Senegal’s capital of Dakar arguably bearing this legacy most vividly. The epicenter of French colonial rule in West Africa, colonial administrators looked at the garden city model to create what they termed as a cité-jardin in Dakar – with the unambiguous goal of creating visible class stratification.

Early into the twentieth century, the colonial government imposed segregationist housing schemes in the city. Dakar’s indigenous inhabitants were forced to resettle in the newly formed quarter of Médina, its grid deliberately arranged for colonial surveillance over the area. In the mid-1900s, the Plateau was established, with several roundabouts elaborately arranged in star-like intersections of wide avenues. The latter was Dakar’s cité-jardin. It was not a garden city in the full sense, but rather was a settlement comprising of villas with gardens and verandas, wide tree-lined avenues, and a decorative abundance of vegetation.

Dakar’s Plateau quarter was designed to create a prestigious settlement for the colonial bourgeoise – attractive areas for colonial officials against a backdrop of urban segregation. Easy access to nature – a key principle of Ebenezer Howard’s original garden city proposal, was limited to the colonial expatriates.

The housing model common in the UK of a bungalow-compound complex with a cultivated garden was transplanted to Dakar, taking the form of spacious villas with private gardens. The practice of nature as an object for consumption, adhered to by European urban elites, found its way to colonial Dakar, where green spaces would serve as spaces of leisure and pleasure.

The cite-jardin project was in effect an attempt at controlling Dakar’s urban and ecological character, serving the colonial goal of attracting the ideal expatriate family to emigrate. The expansive homes in Dakar’s cite-jardinhousing large kitchen gardens and served by domestic servants, were a physical manifestation of colonial authority, as Dakar’s indigenous residents were obligated to adapt to the poorly-planned settlement of Médina.

Even Howard’s early garden city model is one that can be said is not inherently liberating. It was a product, in a way, of condescending depictions of working-class people and settlements, propagated by the middle and upper classes. It is natural then, that this model would produce the Plateaus and Pinelands’ of the world – utopian communities for a select segment of society.

The garden city might be romanticized in some contemporary circles and hailed as an avenue for making cities more liveable, but it is a concept that is impossible to disentangle from its origins – and one that can easily lead to the segregated settlements the world can do without .