There was a time when buildings wanted to be mountains, roofs wanted to be forests, and pillars wanted to be trees. As the world began to go into a state of alert with the melting of glaciers and the consequent rise of Earth’s temperature, architecture – from a general perspective – was concerned with imitating the shapes of nature. Something close to human-made “ecosystems”, seen by many as allegoric and decorative, in service of marketable images of “sustainable development”. 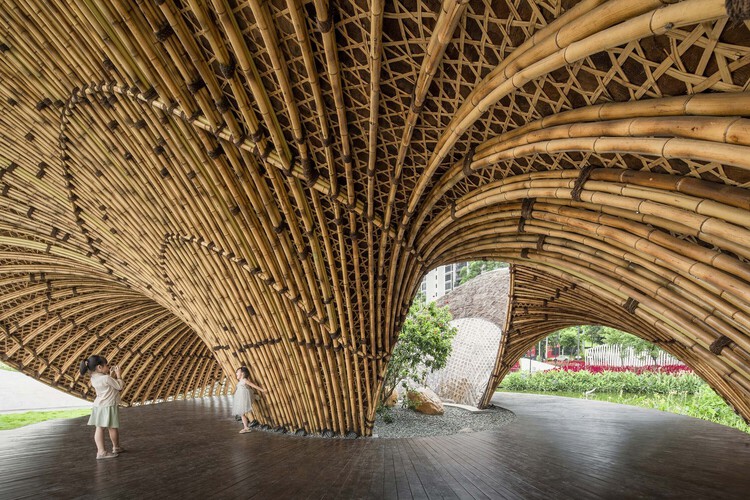 These initiatives came when the outright denial of climate science became untenable as a private-sector strategy. Therefore, acknowledging climate change has created an opportunity for branding as a much brighter method than denying it or completely ignoring it.

Since then, the environmental concern applied to architecture – whether driven by marketing or not – has evolved significantly, going far beyond replicas of the natural environment. It is within this fine line that eco-capitalism (or green capitalism) has been influencing the way we build our buildings. In general terms, eco-capitalism encourages the exploitation of natural resources, with the help of technology, in a way that preserves them. The concept, made popular in the 1990s by the United Nations Environment Programme, is based on a free market economy in which natural resources are considered capital. As profits depend partly on environmental protection, nature is treated as a commodity that needs to be restored after being exploited for economic growth. The result is a checks-and-balances accounting cycle.

Some argue that natural resources are limited, so the economy will inevitably face scarcity. In this regard, Heather Rogers explains that as resources become scarcer and, therefore, more expensive, all companies will have to figure out how to do more with less. According to green capitalism, the bright side is that using fewer resources – energy, raw materials, water – is good for the planet but also for profits. The less a company spends on inputs, the more efficient its operation, the higher its margins. Also, those who have switched to environmentally friendly methods will be ready to defeat their less green competitors when we hit the calamity situation.

The architecture based on eco-capitalism has been materialized through environmentally concerned strategies such as using local raw materials, often combined with the return and valorization of vernacular techniques. As mentioned in this article, the natural elements have reached a new level in which awareness of the vulnerability of natural resources, as well as the imminence of an irreversible climate crisis, has become a privilege. Materials such as straw, rammed earth, and bamboo, are incorporated into projects of different scales. Besides natural and locally sourced materials, another form of materialization of this term is present in the architecture of the cradle-to-cradle concept. In these constructions, a circular life cycle is fostered, with possibilities of modification and application that also value using recycled and recovered elements, aiming to reduce the carbon incorporated in the materials.

Another issue addressed by the architects is biomimicry – a technologically oriented design action that seeks solutions within nature, going beyond mere replication of its forms. It is established through a deeper understanding of the rules that govern it. The Elytra Filament Pavilion is an example of this. It was made of carbon fiber woven by a robotic arm and inspired by construction principles found in nature, precisely “the fibrous structures of flying beetles’ wing shells, known as elytra“.

Of course, several strategies combine technology and environmental concern nowadays, going beyond a mere imitation of nature, and providing technologically mediated access to fresh air, sunlight and gardens. In this sense, models fostered by the premises of environmental sustainability and energy efficiency certifications have become quite popular. They are also highly criticized, as it is known that, more than measuring indices and achieving some rates, it is essential to consider the processes used in the construction of buildings and the socioeconomic context in which they are.

Eco-capitalism applied to architecture has gained ground, as more and more people want to understand the processes and know where materials come from and how they are manufactured. Furthermore, this model does not challenge the current political and economic system. Its nature is non-threatening, which makes it more acceptable to political and business leaders. In other words, it shows us that we don’t need an economy that grows slowly or doesn’t grow at all to save the planet.

However, there are still many challenges and controversies that need to be approached for this model to be truly effective. In her recently released book The Value of a Whale: On the Illusions of Green Capitalism, Adrienne Buller, director of research at the British think tank Common Wealth, states that eco-capitalism starts from the premise that climate change is a “market failure” and needs to be treated as such, internalizing the cost of emissions or environmental damage in the market itself. For that, it is necessary to reach a “price” – the carbon price, for example. The book begins with a discussion on how to place a monetary value on a whale, considering its conservation. Cost-benefit analyzes do not necessarily include things with intrinsic social or spiritual value, which hinders this type of analysis.

Many theorists claim that eco-capitalism is just a new guise of capitalism and its practices are closer to greenwashing than to truly sustainable development. They serve only as a disguise to continue exploiting natural resources. Despite its precepts, this approach still does not propose a limit to economic growth and, therefore, it is impossible to be sustainable.

Anyway, regardless of its effectiveness, it is important to pay attention to what is being sold as green architecture and what is really concerned with the entire production chain and with the workforce. Much progress remains to be seen in the construction industry, but important initiatives, whether through new technologies or a return to the vernacular, are slowly showing that there can be architectural models that put people and the planet ahead of profit.