Discontinued Aesthetics: The Effects of Abrupt Changes in Urban Landscapes

Public spaces play a significant role in organizing the life of every community but defining what differentiates them from other spaces within the city is not an easy task. Once these spaces start to settle into the collective memory of the local communities, they become key elements that concentrate the mental image of a city. While this process usually happens with urban spaces, monuments and isolated architectural elements can also become markers for the urban life of an area. So, what happens when dramatic events like fires, war, or even the pandemic alter that image? 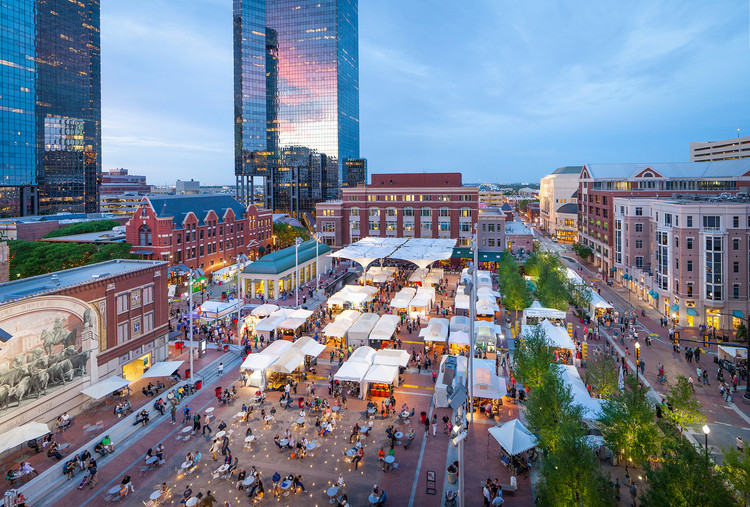 The aesthetic qualities of urban places or monuments make them recognizable and memorable. They offer a narrative of the space, a declaration of values ​​that the inhabitants identify with. It takes time for these attachments to form, so continuity is an important element. Small, incremental changes can be assimilated, as they assure the adaptability of the space. Nonetheless, abrupt changes also happen, both in calculated and unexpected ways. When they do, the inhabitants and the designers are faced with contrasting options: take the opportunity to build something new or try to recreate the lost continuity.

Among the unexpected disruptions in urban life, fires and natural disasters are some of the most impactful. The fire that damaged Notre Dame Cathedral in Paris in April 2019 launched the whole world into debates over the future image of the monument. Many competitions and calls for action to respond to French president Emmanuel Macron’s call for an inventive reconstruction. While many were enthusiastic about the possibilities, others were outraged by the idea of ​​altering the image of the monument. The debate was officially settled when the French Senate stipulated that the cathedral must be restored exactly how it was before.

Urban aesthetics signify an unspoken shared agreement: the people of this area have unconsciously and collectively decided that this image, this empty place, or this building is relevant, by continuously attributing to a place symbols of importance. This explains in part the reluctance in accepting a new version because it also represents a new social agreement on what is or is not important. That is difficult to reach, while the old version was widely accepted.

The image and concept of a city are challenged at a much larger scale in the case of war destruction. This poses an even more difficult challenge due to the urgency of the event, and the need to offer quick relief to affected communities, in addition to taking into consideration aspects of city-making. Successful post-war recovery efforts must recognize that the challenge lies in a crisis of associations. The community’s psychological well-being and civic identity are threatened as the built environment is destroyed, according to Jon Calame in the study “Post-war Reconstruction: Concerns, Models, and Approaches”. The attachment to key places is sometimes exploited by the aggressors, who target these places to demoralize the population further.

Cities in post-World War II Europe show examples of the efforts undertaken to restore the image of a city. One example is presented by the Polish officials who decided to reconstruct the devastated center of Warsaw, as presented in Jon Calame’s study. During the German siege, soldier architects protected historical documentation and designed plans for the reconstruction. After the war, thousands of residents returned to the city, now a devastated urban landscape, in a collective effort to restore the original appearance of inner Warsaw. In 1946, a writer for “The Warsaw Escarpment” attempted to explain why such actions seemed essential: “If the Warsaw community is to be reborn if its core is to be constituted by former Warsawians, then they have to be given back their old rebuilt Warsaw to some extent so that they can see in it the same city, though significantly altered, and not a different town on the same spot.One must take into consideration the fact that individual attachment to old forms is a factor of social unity.”

Warsaw addressed the crisis of city identity by recreating an image lost during the conflict. Other European cities found themselves in a similar situation but responded differently. Planners viewed the destruction as an opportunity to improve and revise the urban tissue. Urban designers of this period took advantage of the reconstruction efforts to test and implement emerging theories regarding modern convenience, health, amenity, or zoning.

Functionalist goals of urban renewal were often competing with the public’s desire for the restitution of valued monuments and places. Professionals in charge of recovery had to balance these contrasting agendas. In the case of Warsaw, the conflict was addressed with a bargain, the historical center was to be restored, but outer industrial bands were redeveloped and updated with minimal consideration of preexisting patterns, as described by Jon Calame. The choice to move in either direction is specific to each case, and it is often a response to the nature of the events that caused the crisis. As exemplified by the case of Warsaw, the more threatening the event, the stronger the desire is to value continuity over innovation, to reinstate original aesthetics as symbols of the community’s identity in the built environment.

A more subtle transformation of public spaces happened during the Covid-19 pandemic. While it did not initially change the physical shape of the built environment, this crisis challenged our perception of it. Crowded spaces like plazas, restaurants, shopping malls, event halls, and places appreciated and valued by local communities, suddenly became threats. The places traditionally associated with “public spaces” are still charged with negative emotions.

The pandemic was not an abrupt change in the image of the cities around the world, it was a tectonic shift. It has forced communities to reevaluate their priorities, and the effects are becoming visible in the fabric of put cities. Commercial zones morph into mixed-use structures, universities enroll students remotely, and communication technologies challenge the limitations of geographical space.

The impact of urban aesthetics is most visible when events abruptly affect it. The social life of local communities is anchored in these places collectively recognized as being important. When challenged, the balance of values ​​they inherently represent is also questioned, and communities suffer. Depending on the nature of the events, people and planning authorities might react differently, but a strategic response that involves both the authorities and the local communities is prone to bring the best results.