Brutalism and Collective Living in Europe, Through the Lense of Stefano Perego

Although there is much conflict surrounding the term Brutalist, there are certain constants and patterns within the movement that offer a concrete idea of ​​the movement and its place in contemporary architecture.

The buildings that adhere to Brutalism—an off-shoot of the Modern Movement that erupted between 1950 and 1970— stand out in part to their constructional sincerity- that is, keeping no secrets about the materials that went into their creation, their bold geometry, and the asperity of their textures and surfaces. Reinforced concrete is the predominant material in Brutalist works thanks to its prominent and dramatic texture, which is put on full display. 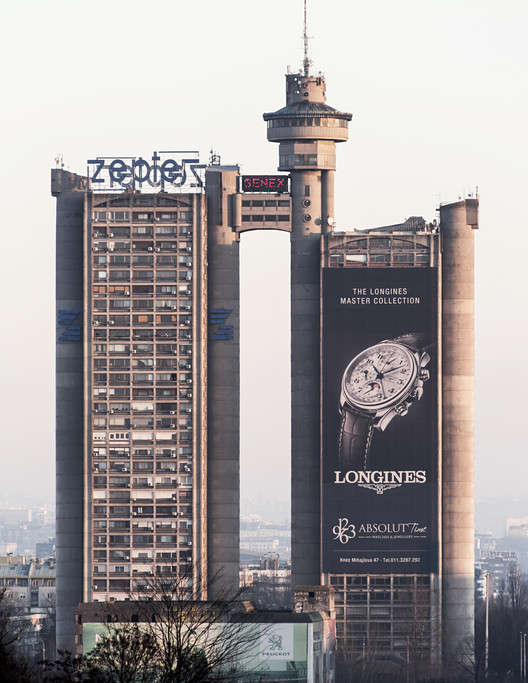 In his book, “The New Brutalism: Ethic or Aesthetic?,“ Reyner Banham establishes what, according to him, was the key factor in defining the semantic roots of the term Brutalism–“and that is Le Corbusier’s La Unité d’habitation in Marseille, France.

If there is one single verbal formula that has made the concept of Brutalism admissible in most of the world’s Western languages, it is what Le Corbusier himself described as ‘Breton brut’ (raw concrete). The term and the buildings it describes, emerge together.”

Another definition that seeks to illustrate this style is the one offered by architects and urbanists Alison and Peter Smithson, as explained in Banham’s book–“Brutalism seeks to be objective in the face of reality, society’s cultural objectives, its demands, its techniques, etc. Brutalism confronts a society of mass production and elicits rough poetry from the confusing and powerful forces that it works within (…) until now, Brutalism has been discussed on the basis of aesthetics, while its essence is a matter of ethics. ”

In an effort to trace Brutalism’s mark on European architecture, photographer Stefano Perego has worked to document projects within the movement, namely collective housing projects, towers, buildings, and residential complexes.

Stefano Perego (1984) is a Milan-based architectural photographer, collaborating frequently with firms, architects, and artists. He is the co-author of SOVIET ASIA (Modern Soviet Architecture in Central Asia). His interest in architecture from the second half of the 20th century has led him to focus on Modernism, Brutalism, and Post-modernism.