This alone can be called bold. MARK today has about 300 members and was formed in 1997 from the hard-won merger of the two associations SMAFLA and MAL, which were unproductively ideologically opposed to each other for a long time. But the times when the Karelian natural landscape had to provide the role model for Finnish landscape architecture are over.

Meanwhile, the mostly younger landscape architects today have to deal with a legacy created in the 19th century, when Helsinki was the capital of the Grand Duchy under Russian rule. The modest settlement grew considerably at the end of that century, and some parks were created in the better-off neighborhoods. Maunu Häyrynen, in his book From Scenic Parks to Reform Parks: “New currents of urban planning, especially the writings of Camillo Sitte reached Finland (…) and raised both the hygienic and the aesthetic issues for debate. This debate was predominantly led by the architects, who were quick to establish themselves as the leading profession in Finnish town planning. The formerly responsible Head Gardener was subordinated to a Gardens Committee consisting of architects and senior officials. From then on, the creation and maintenance of urban green spaces were under the power and authority of architects.

This is the reality for Finnish landscape architects, especially in Helsinki, to this day, which is probably why boldness is primarily about being involved at all in urban processes and projects, of which there were many after 1950 when there was a considerable growth spurt in the capital. 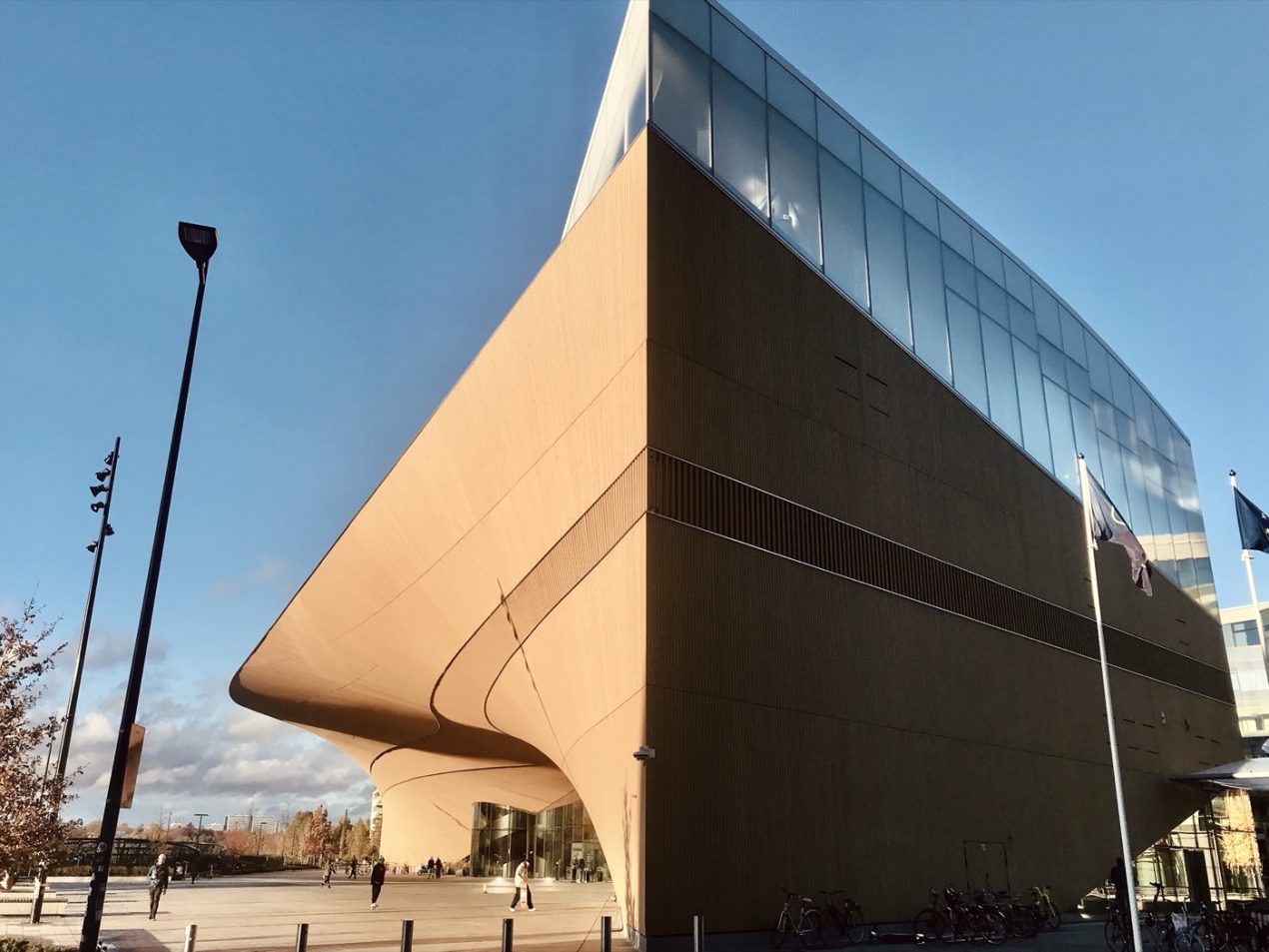 The outstanding Oodin library (ALA architects) in the Töölön area would have deserved a congenial and generous open space, linking library, concert hall, art museum and Finlandia building. © Robert Schäfer

Jouko Turkka was a much-discussed director and playwright influenced by Antonin Artaud’s “Theatre of Cruelty”. Among other things, it was about communication through breathing and action, not so much through language. Kati Outinen completed her acting training with Turkka, which shaped her further career as a theater and film actress. She became internationally known for her taciturn roles in Aki Kaurismäki’s films. She began her role as keynote speaker with breathing and mindfulness exercises and emphasized how important it is to open up, to act with a broad chest, so to speak, which then also means following one’s ideas, sticking to one’s attitude, being bold “to get it done.” But not everything has to be completely finished. One should also leave space and time for further developments and changes.

It’s not just about the finished work itself. Beauty is in the eye of the beholder, as Thucydides stated as early as 454 BC, ie it is subjective and not objective, is attributed to a thing and is not inherent to it. Thus, in theatre, as in design, it is important to involve all the senses. Perhaps beauty is created through harmonious or even bold stimuli. Nothing new for Finland because, with Symbolism around 1890, artists discovered that there is an inner world as well as a real outer world. The artists could reach beyond visible reality. There were parallels between different forms of art: colours, scents and tones all corresponded with each other. 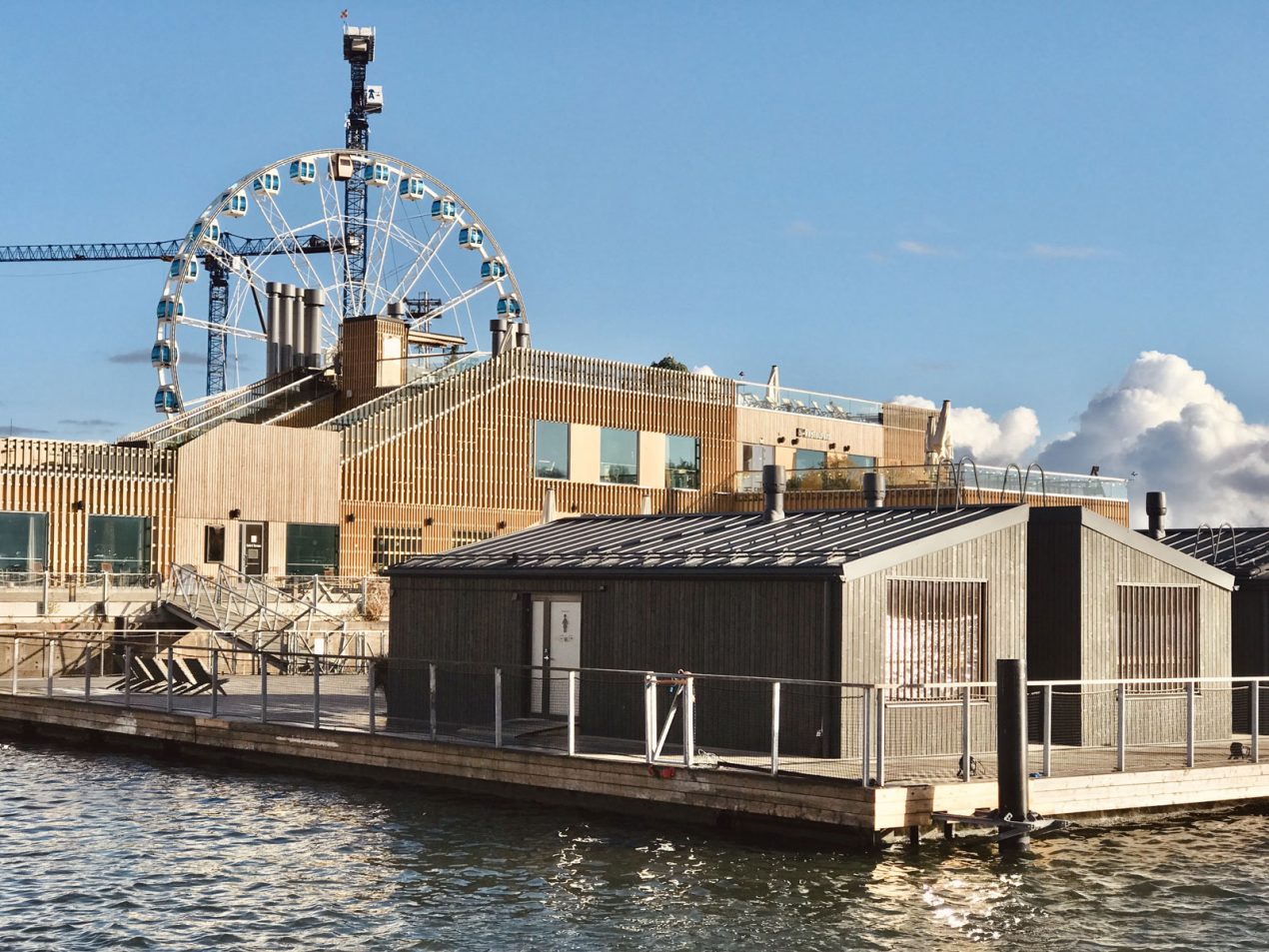 The writer Adolf Paul wrote about the composer Jean Sibelius: “For him, there existed a strange, mysterious connection between sound and colour, between the most secret perceptions of the eye and ear. Everything he saw produced a corresponding impression on his ear.Similarly, the Finnish composer Kaija Saariaho, who just celebrated her 70th birthday, develops and interprets her works. In 1993, she visited the famous gardens of Kyoto and composed the piece Six Japanese Gardens. She did not want to transform the gardens themselves and their meaning into sounds, but rather how the garden works of art affected her.

“There is an implicit denial of meaning in the gardens themselves,” Marc Treib described this in his essay Must landscapes mean as early as 1995: “In Zen belief, the place bears no meaning per se, but it can perhaps evoke a call for meaning within the individual.”

Only since 1989 has been landscape architecture education in Finland, today in the Department of Architecture at Aalto University. Jyrkki Sinkkilä, Emilia Weckman – both of whom teach there – and project manager Aapo Pihkala published the book “Maiseman tekijät” (Makers of Landscape) on the occasion of the 30th anniversary, which has now been awarded a prize but, unfortunately, remains available in Finnish only. But the book is the first in Finland to present the work of landscape architects and to tell what landscape architects do.

Michael Jakob, who teaches the history of landscape in Geneva, Milan and Mendrisio, investigated where landscape architecture comes from and where it has to go. In a ride through history from Repton to Le Nôtre to Frederick Law Olmsted, he identified the beginning of landscape architecture in the latter. Actually not a planner but a journalist, Olmsted introduced new media – photography, managed interdisciplinary tasks, and combined scenography and technology as well as ecology‐nature engineering. “What defines the discipline today?” asks Michael Jakob. Who decides what happens in the field? Although landscape architects are in charge of projects, there still seems to be a lack of theory. How does the profession look at itself now that it is no longer limited to decorative and left-over spaces? Jakob recommends reading Annalisa Metta: Il paesaggio é un mostro (if you understand Italian) and Chris Reed: Mise en Scène: The Lives and Afterlives of Urban Landscapesa critical look at the discipline, a long-term narrative reflection. 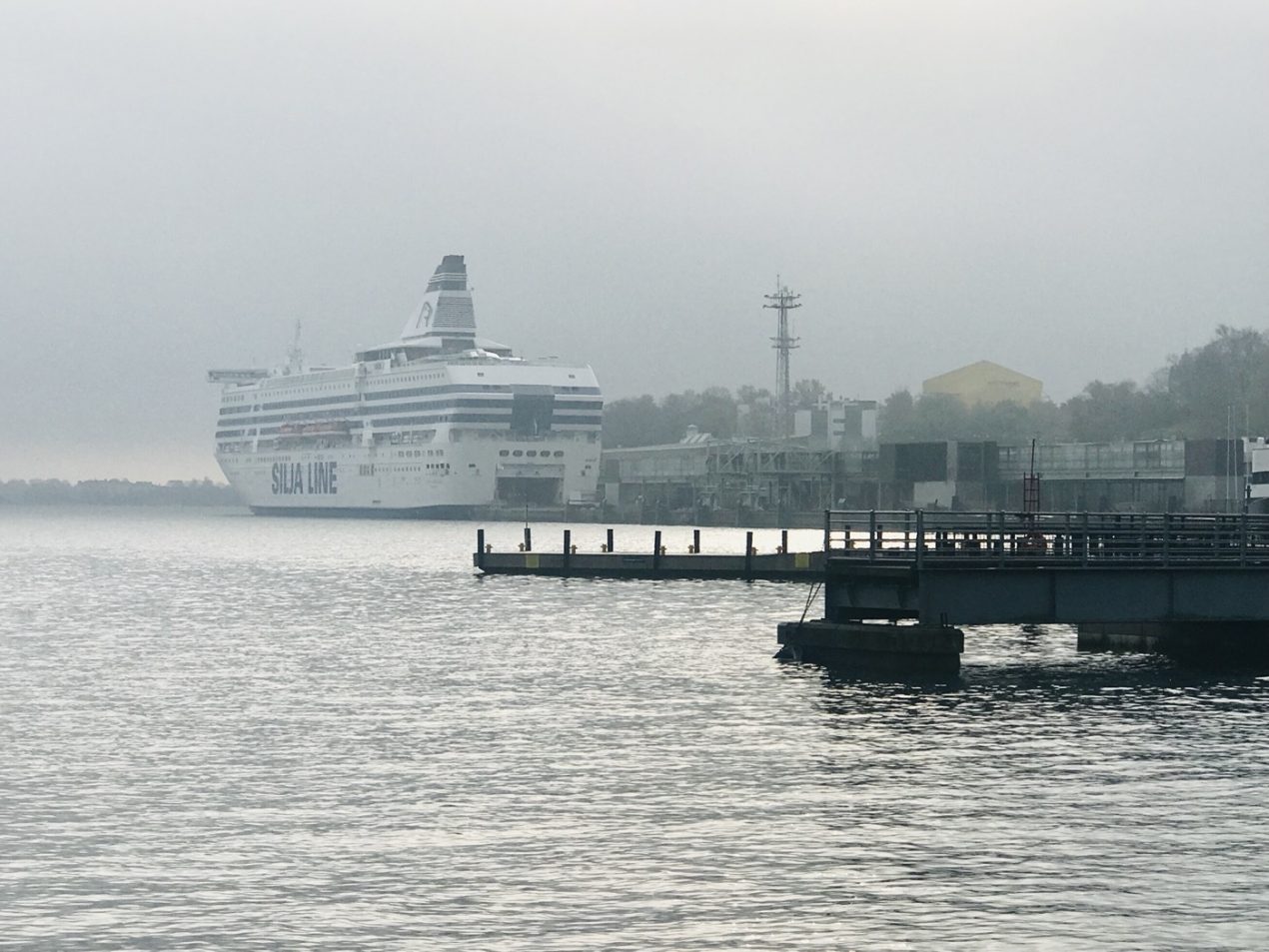 Ferryboats still dominate Helsinki city harbor. Olympiaterminalen where Silja line starts is the place where the new Architecture and Designmuseum is planned – unfortunately this is the shady western shore. © Robert Schäfer

Aada Taipale, a lecturer at Aalto University, sees it as her main task to encourage and inspire students to look at everything from different angles.

Boldness and beauty hovered over Landscape Architects’ Day without the two terms becoming the subject of in-depth discussion, which presumably no one seriously expected. The concrete challenges for society and especially for the profession are too obvious. Hanna Hanula and Daniela Rosquist reported on their project “One planet vision”: “We need visions to guide us through the necessary change.

We are at a turning point. Landscape architecture has what it takes, and there is also a need to play an active role in facing the problems head-on and with a broad chest.