Almost seven kilometers from the green of Uhuru Park in central Nairobi, lies the informal settlement of Kibera. It is an area whose urban character consists of corrugated iron roofs, mud walls, and a complicated network of utility poles. Kibera, at this point in time, is a well-known place. Much has been written and researched on this “city within a city,” from its infrastructural issues to its navigation of the COVID-19 pandemic. 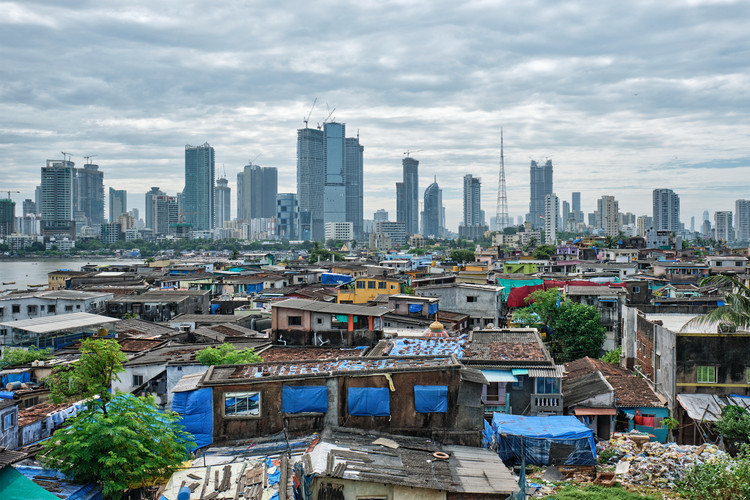 Kibera is frequently labeled as the largest informal settlement in Africa, courtesy of its estimated population of 1 million as quoted by many NGOs active in the area. A GIS-assisted survey, however, puts that number at closer to 200,000, a figure backed by a 2009 census. And that is a problem. This discrepancy in numbers raises unsettling adjacent questions, on how informal settlements can be over-researched, how the architecture of low-income communities in the Global South can be fetishized, and how – ultimately – the material conditions of these settlements see little concrete improvement .

In 2014, the recognizable Torre de David settlement in Venezuela were evicted, ejected from a community established in the building and an informal economic ecosystem. Two years earlier, the interdisciplinary design studio Urban-Think Tank (U-TT) won the Golden Lion at the 2012 Venice Architecture Biennale for an installation based on the settlement. The installation was a pop-up restaurant, transporting a slice of the Caracas urban condition into the Biennale grounds.

The project was a useful lens with which to explore the informal urban condition of a city in the Global South, perhaps most importantly serving as an aspirational model that acknowledges the vigor of a bottom-up method of organization. Criticism, however, has been leveled on the installation, with it being described as a “fundamentally parasitical” and “feeding off the toil of the building’s residents.” It is criticism that is hard to ignore and brings to mind an exploitative relationship, a scenario where the residents of informal settlements are seen as passive subjects.

While the vision of the installation was laudable – putting design in the service of a more sustainable future, it calls into question the suitability of how informal settlements are researched, dissected, and then packaged for an audience mainly based in the Global North. This is done amidst an obfuscation of structural problems that cause the formation of these settlements – unsustainable urbanization and poor planning to name a few.

In Kibera, this obfuscation is demonstrated in the numerical inconsistency between its actual residents and the figures quoted by many of the NGOs based there. Quite simply, there is an incentive for things to appear “worse” in order to obtain more donor funds. This incentive is exacerbated when it is taken to account that in the 2.5 square-kilometer area of ​​Kibera, estimates put the number of NGOs at more than five hundred.

This environment leads to situations where the solutions towards improving the quality of life in informal settlements are one-dimensional. A project initiated in 2003, sponsored by the Kenyan government and UN-Habitat, looked to provide Kibera residents with apartments outside the settlement. Ultimately, however, the initiative failed. People who managed to obtain a house opted to use one room while subletting other rooms, while some instead rented out the entire house and chose to move back to Kibera – as they could not afford the rent without employment. The structural issue was glaring – the houses were provided by the sponsors, but no consideration was made to how residents would then be able to afford to live in them.

Apart from a housing problem, Kibera is home only to a limited number of schools. One of these schools is the Kibera Hamlets School, which consisted of dark classrooms enveloped by iron sheets. In 2016, the Louisiana Hamlet Pavilion designed by architects SelgasCano and Helloeverything for a Copenhagen art museum would be transported to Kibera, where it would be reassembled and replace the existing school.

A London creative workplace paid for the shipping and construction, and although visually interesting and an obvious improvement to the previous building, its implementation enhanced the limitations of not engaging with informal settlements holistically. Apart from criticism leveled at its lack of thermal and acoustic insulation, and lack of adherence to both Kenyan and British building codes, there is a broader discussion to be had on the overall framework surrounding the project.

For instance, the materials used in the transported school are not from Kenya, meaning that Kenyan material suppliers do not receive any income from the project. Although Kenyan architect AbdulFatah Adam contributed to the project and workers and craftsmen came from the neighborhood around the site, questions can be raised on replicability – if the residents of Kibera were sufficiently empowered in a design capacity to construct similar schools in the settlement.

As architects, urban planners, researchers, and students seek to contribute to a future that is without the precarious living conditions found in informal settlements, what should be at the forefront of the conversation is the agency of residents and not the extraction of poverty for consumption by the comfortable.