The Women Bauhaus is a new art collective of five female artists led by mentor Sabine Marcelis, who are taking inspiration from the legacy of women in the Bauhaus movement. The project was commissioned by luxury skincare brand La Prairie as part of its ongoing patronage of the arts. The projects developed are taking inspiration from Bau artistshaus icons such as textile Otti Berger, Benita Koch-Otte, and sculptor, metalsmith, and designer Marianne Brandt. The initiative also hopes to bring attention to the often-overlooked legacy of women who joined the Bauhaus movement, and whose struggles to affirm themselves as artists and designers are rarely recognized. 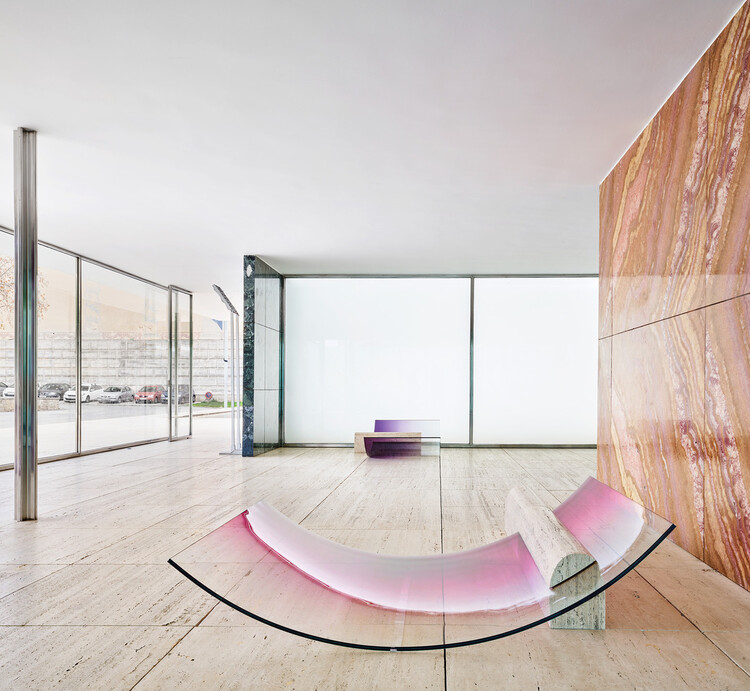 The women of Bauhaus made the best of the situation they were given within a system that was actively working against them. We can adopt the same principles to continue the fight.- Lauren Januhowski, part of the Women Bauhaus Collective

While heralded as one of the first public education institutions to welcome women, the Bauhaus School was not however an egalitarian organization. When opening the school in 1919, Walter Gropius famously declared the place to be open to “any person of good reputation, regardless of age and sex”. The idea was so well received, that more women applied than men. The progressive mindset was however limited, as the specialty workshops within the school were divided between the “stronger sex”, who could study architecture, painting, sculpture, metalsmith, and design; and the “fairer sex”, which was offered other “less physical” disciplines such as weaving.

An Introduction to Seven Influential and Innovative Women of the Bauhaus

Although weaving would not have been the first choice for many women who joined the movement, some of them embraced the new medium. One such example is Anni Albers, who joined the Bauhaus with the intention of training in painting, but the policy of the school forced her to join the textile workshop. By viewing tapestries as paintings, she managed to elevate the art of loom and textile making to a true art form that equally expressed the ideas and ideals of modernity. She is not however the only example. Gunta Stölzl and Otti Berger are also seen as pioneers in the field.

Other women refused to change paths. Marianne Brandt became the first woman to join the metal workshop, supported by designer László Moholy-Nagy. She was not however welcomed by her male colleagues, who were reportedly giving her tedious tasks in an effort to make her quit. Despite this, she persevered, even replacing Moholy-Nagy as interim head of the metal workshop. Her designs, like the silver and ebony tea set and the famous Kandem lamp, have made her one of the leading figures in modern metalsmiths.

A lesser-known figure of Bauhaus is Lucia Moholy (born Schulz). Lucia followed her husband, László Moholy-Nagy, as he joined the Bauhaus movement. While not officially a Bauhaus teacher, Lucia Moholy used to teach photography to Bauhaus students. She also took many pictures of Bauhaus architecture and daily life on campus. When she was forced to flee from Nazi Germany, her negatives were looked after by Walter Gropius, who used them to promote the school without giving her credit. Sadly, the biggest part of her work has been wrongly attributed to her husband or Walter Gropius. In the 1960s, Lucia managed to retrieve some of the originals with the help of a lawyer.

These are just a few of the many stories of the Bauhaus women. The new collective hopes to build on this foundation of inspiring women, to see the value of collaboration and mentorship, and to continue their own pursuit of harmony, a central notion of the Bauhaus school. The artists who joined to form The Women Bauhaus are Jasmine Deporta, a recent graduate of ECAL; Kristin Chan from the Hong Kong Design Institute; Lauren Januhowski, a graduate of École Nationale des Arts Décoratifs; Talia Golchin, a graduate of Central Saint Martins; and Gloria Fan Duan from the School of the Art Institute of Chicago. Their mentor, Sabine Marcelis, is an award-winning designer with a strong focus on materiality and the concept of pure forms.

This article is part of the ArchDaily Topics: Women in Architecture presented by Sky-Frame .